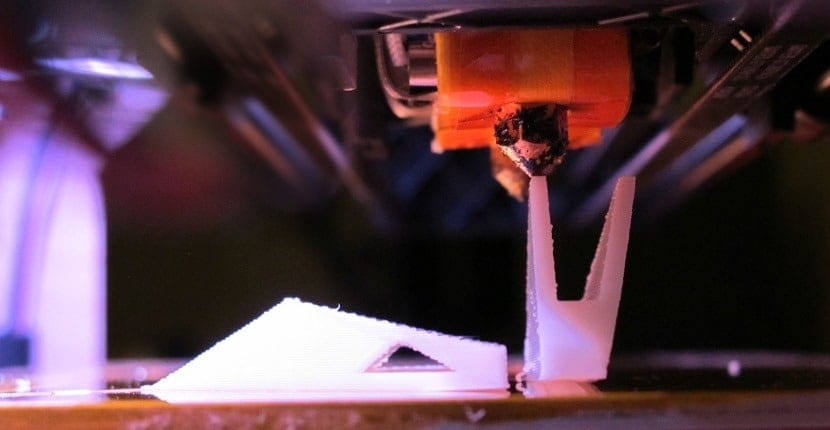 If you have ever seen a 3D printer work or have thought about acquiring insurance that one of the entry barriers you have faced is the speed at which they work. I say this since this is a feature that, at least for now, prevents this type of technology from being adopted much more quickly.

With this in mind, today I want to talk to you about a new update with which its creators intend to solve many of the complaints that all manufacturers usually put before betting on this type of technology since this group of Michigan engineers have managed to develop a new algorithm capable of doubling the 3D printing speed of any machine.

Thanks to this new firmware, the speed of your 3D printer will be significantly increased

Perhaps the most interesting part of this whole topic is that, by installing this update, the user will simply print in 3D in a much faster way without suffering from the inconveniences that we had until now, practically all associated with something as simple as , when going faster 3D printing quality deteriorated dramatically.

As has been revealed, apparently, because this group of engineers tried to make an inexpensive 3D printer work much faster. The problem with this is that, because it was not of the best quality, it used much lighter and more flexible parts than other models, something that in the end translates into a model that, by increasing the speed the least, begins to have vibes, which causes the print quality is very poor.

This is the seed that ultimately led to a quest to develop vibration-mitigating firmware for this 3D printer to result in an algorithm capable of modeling the dynamics of the 3D printer in such a way that it can adjust the control of the printer thus mitigating all vibrations that it produces.

Full path to article: Free hardware » 3D printing » How to make your 3D printer much faster without losing print quality