In addition to being able to design yourself the geometry of the piece that you want to print on your printer 3D using software, there is also another simpler possibility that can copy existing objects very accurately. Its about 3d scanner, which will take care of scanning the surface of the object you want and converting it to digital format so that you can retouch it or print it as it is to make replicas.

In this guide you will find out what they are. the best 3D scanners and how you can choose the most suitable one according to your needs. 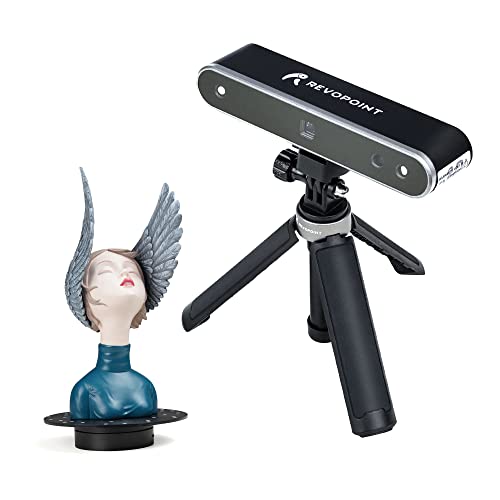 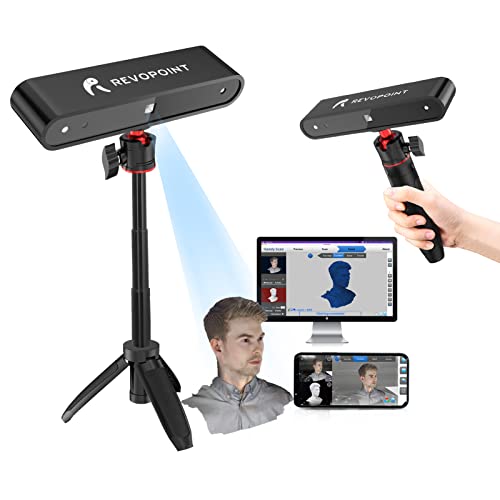 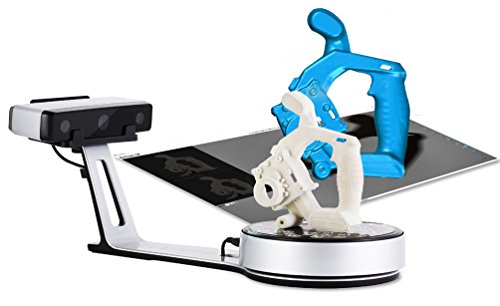 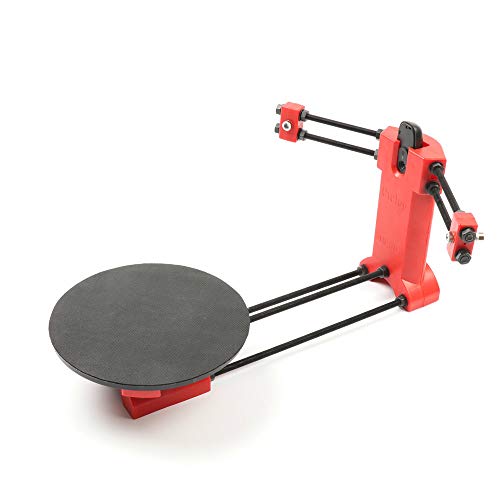 There are many prominent brands, such as the prestigious German Zeiss, Shining 3D, Artec, Polyga, Peel 3D, Phiz 3D Scanner, etc., making it even more difficult to choose. If you have doubts about which 3D scanner to buy, here are some of them. the best models What we recommend to make the right purchase:

East 3D scanner with white light technology is among the best if you are looking for something professional. Its resolution is up to 0.05 mm, capturing even the smallest detail. It can scan figures from 30x30x30mm up to 200x200x200mm (with turntable) and also some larger ones of 1200x1200x1200mm (if used manually or with a tripod). In addition, it has a good scanning speed, ability to export to OBJ, STL, ASC and PLY, automatic calibration system, and USB connector. Compatible with Windows. 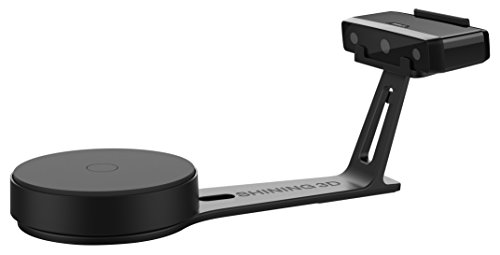 This other model of this prestigious brand is somewhat cheaper than the previous one, but it can also be a good option if you are looking for something for professional use. also use white color technology, with resolutions of 0.1 mm and capacity to scan figures from 30x30x30 mm to 200x200x200 mm (on the turntable), although you can also use it manually or on its tripod for figures of a maximum of 700x700x700 mm. It has a good scanning speed, it connects via USB, and it can work with OBJ, STL, ASC and PLY file formats like the previous one. Compatible with Windows. 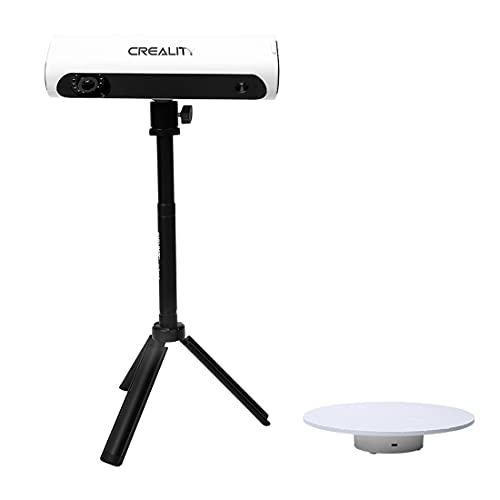 This other great brand has created a scanner for 3D modeling very easy to use, with automatic adjustment, without the need for calibration or using marks. It connects via USB and is compatible with Windows, Android and macOS. In addition, it has a high precision with up to 0.1 mm and a resolution of 0.5 mm, and can also be perfect for professional use due to its features and quality. As for the scanning dimensions, they are quite large, to scan large parts. 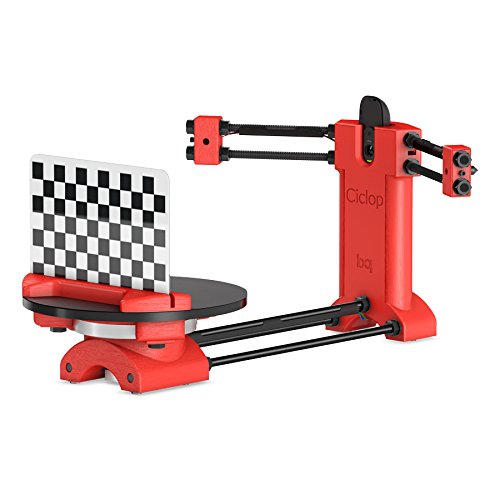 This 3D scanner from the Spanish brand BQ is another good option if you are looking for something affordable to DIY. A fast 0.5mm precision scanner with quality Logitech C270 HD camera, two Class 1 linear lasers, USB connector, Nema stepper motors, ZUM driver, capable of exporting to G-Code and PLY, and compatible with Linux and Windows operating systems. 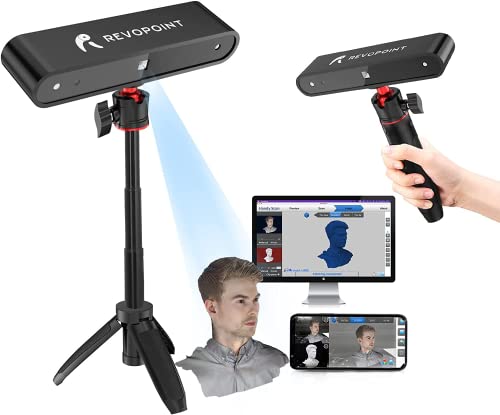 What is a 3D scanner

Un 3D scanner is a device capable of analyzing an object or scene to obtain data on shape, texture, and sometimes color as well. That information is processed and converted into three-dimensional digital models that can be used to modify them from software or to print them on your 3D printer and make exact copies of the object or scene.

The way these scanners work is usually optical, generating a cloud of reference points around the surface of the object in order to extrapolate the exact geometry. Therefore, 3D scanners are different from conventional camerasAlthough they have a cone-shaped field of view, cameras capture color information from surfaces within the field of vision, while a 3D scanner captures position information and three-dimensional space.

Some scanners do not give a complete model with a single scan, but instead need multiple shots to get different sections of the part and then stitch it together using the software. Despite that, it is still a much more precise, comfortable and fast option to get the geometry of a part and be able to start printing it.

3D scanner how it works

The 3D scanner generally works by means of some radiation emitted as a light, IR, or a laser beam which will calculate the distance between the emitting object and the object, marking a local reference point and a series of points on the surface of the part to be copied, with coordinates for each one. Using a system of mirrors, it will sweep the surface and obtain the different coordinates or points to achieve the three-dimensional replica.

Depending on the distance to the object, the accuracy desired, and the size or complexity of the object, you may need one take or more than one.

There are 2 types of 3D scanner fundamental, depending on the way they scan:

Many users often ask if you can use a smartphone as if it were a 3D scanner. The truth is that new mobiles can use their main camera sensors to be able to capture 3D figures thanks to some apps. Obviously they will not have the same precision and professional results as a dedicated 3D scanner, but they can be useful for DIY.

some good apps for mobile devices iOS/iPadOS and Android that you can download and try are:

They also often ask if you can make a homemade 3d scanner. And the truth is that there are projects for makers that can help you a lot in this regard, such as OpenScan. You will also find some projects based on Arduino and that can be printed to assemble them yourself like this, and you can even find how to turn an xbox kinect into a 3d scanner. Obviously, they are fine as DIY projects and for learning, but you will not be able to achieve the same results as the professionals.

As for the 3D scanner applications, it can be used for many more uses than you can imagine:

How to choose a 3D scanner

When choose an appropriate 3D scanner, if you are hesitating between several models, you should analyze a series of characteristics to find the one that best suits your needs and the budget you have available to invest. The points to keep in mind are: