When we all thought that a company like The Amazon basically it works against the clock to ensure that, published and put into effect the new legislation that regulates the use of autonomous drones in large cities, its program is one of the first to go into production, the truth is that its engineers still have time to publish most interesting patents, at least in terms of the concept they represent.

On this particular occasion I want us to talk about the last one license presented by Amazon engineers in relation to the possibilities offered by its drone technology. Apparently, as shown, Amazon wants to ensure that their drones can serve to, while they move, be able to charge your electric car batteries. 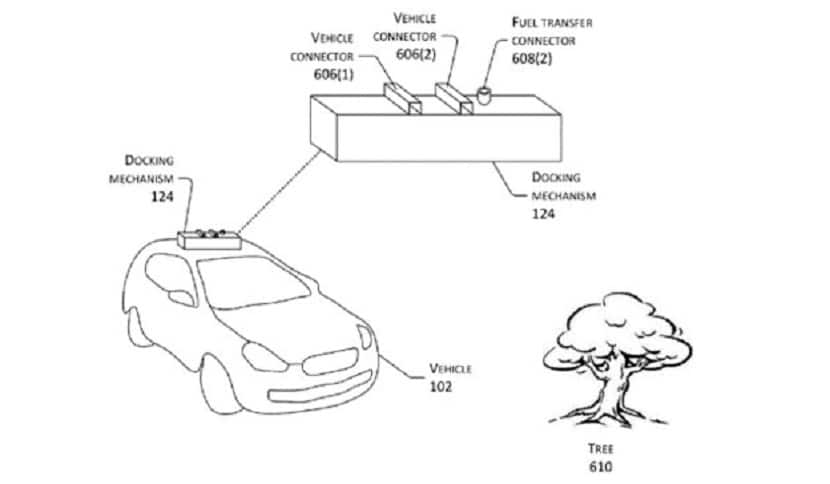 Amazon wants its drones to charge, in a completely transparent way for the user, the batteries of your electric car

One of the great problems that electric cars present today is in the autonomy they can offer. While that revolutionary battery that we are all waiting for arrives, many are the companies that try, in their own way, to improve these types of parameters in order to make these vehicles a lot more attractive to the entire market.

Tell you that the idea of ​​charging an electric vehicle using a drone is not something new, but is an idea that round at the head of Amazon engineers since 2014. Even so, it was not until the end of 2017 when the North American company has managed to get the United States patent office to finally accept its idea and register it.

As can be seen in the Amazon patent, apparently this would be nothing more than an additional service that the company could offer to all its users so that, like any other order and through an application, the user could request, while driving on the road, carry out a charge to your vehicle's battery. After a few minutes a drone would come to your car to charge the battery without having to stop.

Full path to article: Free hardware » Drones » Amazon is already thinking about the development of drones capable of charging the batteries of electric cars