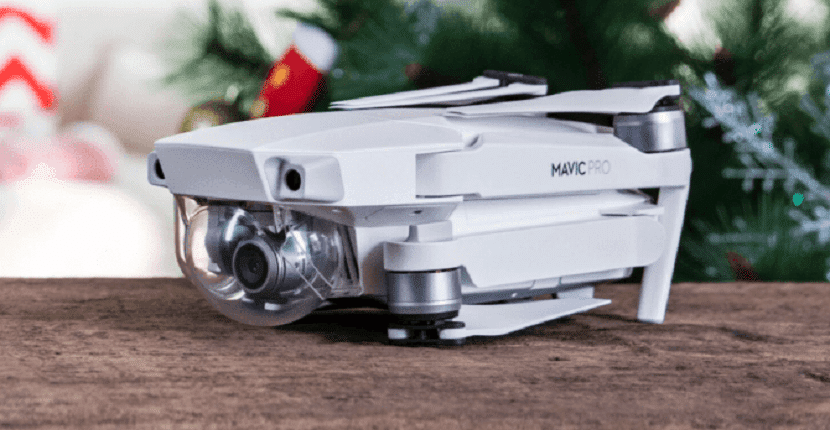 Many are the users who, after trying much cheaper drones and being literally amazed by their possibilities, finally decide to get a drone with a much higher price and technical capabilities. For all those who, after all, are still looking for a versatile and powerful drone, nothing professional luxuries, a type of model that perfectly matches it. DJI Mavic Pro and the like.

Because of precisely this, someone in Apple has thought that it would be a very good idea to renew the contract with DJI again, although giving a new twist to it, something that has finally resulted in news as simple as the fact that the American company of the bitten apple will begin to sell an exclusive DJI Mavic Pro model which, among other things, stands out for being presented with an alpine white body.

It can be purchased both at Apple's own online store and at any of its physical outlets around the world. As a detail, remind you that this exclusive model only differs from any other DJI Mavic Pro by the finishes of its outer casing since, in terms of technical characteristics, it is completely the same as any other DJI Mavic Pro.

As a final detail, so that you do not think that this exclusive version of Apple is just that and above all to try to convince more customers of the extra cost of it, DJI will add to these units a remote control painted in this shade of white, two batteries extra smart, two pairs of propellers and a bag with which to protect the drone and transport it anywhere.

The joint price of the pack is 1.249 euros, which is not so high if we take into account that the additions make it close to the Fly More pack, which is also sold in the DJI store for a price of € 1.499.

Full path to article: Free hardware » Drones » Apple to release its own exclusive version of the DJI Mavic Pro