The acquisition of Arduino boards is something outdated and increasingly within the reach of more pockets, but how does it work? It is clear that for it to work we need a code or a program that performs the operation that we want. This, unfortunately, is not available to everyone and is you need programming knowledge to make Arduino move a motor or turn on a light.

All of this has made visual editors and visual programming very popular. This type programming allows creating programs through blocks that are dragged with the mouse, forgetting to close curly braces or having to write long function names. A popular tool that introduces visual programming to the Arduino is called the Ardublock.

Ardublock is a program or rather a complement to the Arduino IDE that allows us to create programs and code without the need to write code, that is, through visual tools. This has its advantages because if we know how to program, we will save a lot of time in the debugging process since we will not forget to write the well-known ";" nor does it close the code braces. Programming with visual tools is programming intended for both novice and expert programmers and also for users who do not know how to program and want to learn how to do it.

As we have said, Ardublock is more of a complement than a program itself since it is necessary to have an Arduino IDE for its operation. Thus, making a summary, we can say that Ardublock is a customization of Arduino IDE to adapt code programming to visual programming.

Ardublock has more positive things besides being a tool for the novice programmer. One of its positive things is the possibility of work with blocks to create projects faster.

How to install Ardublock in our operating system?

Well, we already know or have a clear idea about what Ardublock is, but how is it installed on our computer? How can we use it?

Preparation of our computer

Although the only documentation that exists about Ardublock is in English, the truth is that the installation process is quite simple and fast if we have the Arduino IDE. First of all we have to have on our Arduino IDE computer, if we don't have it installed, you can stop and see here! how to install it on Gnu / Linux. Another element that we will need is have a Java virtual machine or similar in the team. If we use Gnu / Linux, the ideal is to bet on OpenJDK, especially after the confrontation between Oracle and Google. Now that we have everything done, we have to go to the official Ardublock website and get the Ardublock package, a package that is in java format or with the extension .jar. The downloaded file is not an executable file with an installation wizard, so we have to do everything manually. 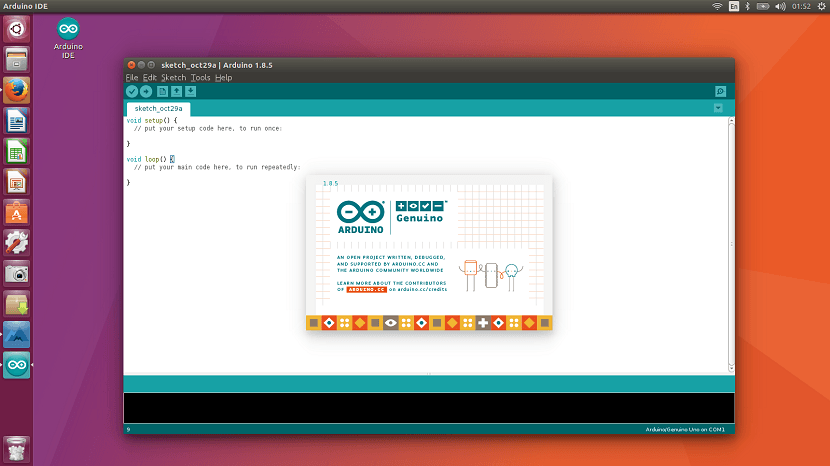 First We open Arduino IDE and go to Preferences or Preferences. Now we go to the option "Sketchbook location:" that will appear in a new window. This is the address where we will have to save certain plugins or elements of the Arduino IDE. The location or address that appears will be something like “Documents / Arduino” or home / Documents / Arduino. We can change the address but if we change it we have to know what new address is to move the downloaded Ardublock file there. If we open the Arduino folder we will see that there are other subfolders and files.

We have to move the Ardublock package leaving the following address "tools / ArduBlockTool / tool / ardublock-all.jar". If we have the Arduino IDE program open, it is time to close it and when we open it again, within the Tools or Tools menu the Ardublock option will appear. Clicking on it will bring up a new window that corresponds to the Ardublock interface. As you can see, it is something simple and fast but confusing if we do not know the installation procedure.

Although Ardublock may seem like something new and unique to Arduino, the truth is that it is not the only program or tool that we have to carry out visual programming. There are several tools that focus on visual programming, to such an extent that all alternatives to Ardublock are unique programs and not extensions or plugins to the Arduino IDE.

The first of these alternatives is called Minibloq. Minibloq is a complete program that focuses on visual programmingHence, its screen is divided into three parts: a part with the blocks to be created, another part where we will move the blocks that we want to use in the program and a third part that will show the code that we will create, for more advanced users . Minibloq can be obtained through this link. 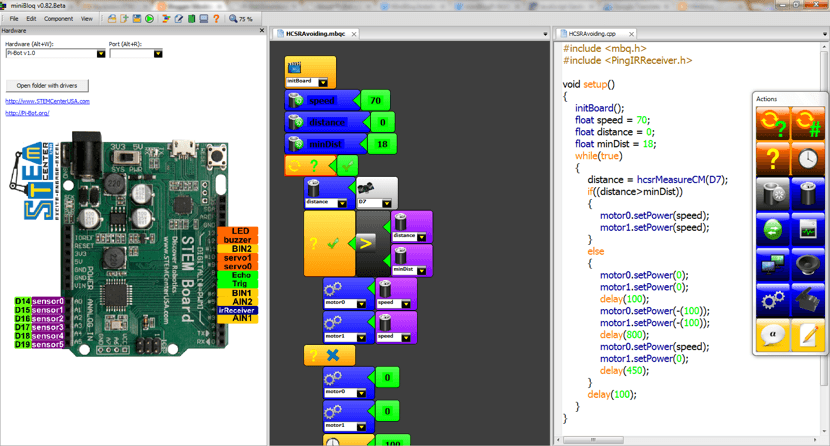 The third of the tools is not well established yet, but it is a promising tool within the visual programming tools. This tool is called mod kit, a tool which was born on Kickstarter but is slowly maturing in an excellent way. The difference from other programs may is more specialized in novice users than advanced users. Finally, the other alternative to Ardublock would be the traditional use of the Arduino IDE, an alternative that is not visual and that will only be available to the most expert programmers.

Ardublock it is a very interesting tool, at least for novice users. But it is true that if you are an expert programmer, these types of tools does not make code to be created faster but quite the opposite. Using the mouse, oddly enough, is slower than using the keyboard.

Although if we are inexperienced programmers or we are learning, Ardublock is a highly recommended extension not to say essential since in these phases it is inevitable to make syntax errors and small problems that are difficult to find and overcome with Ardublock. However What do you choose?

Full path to article: Free hardware » Arduino » Ardublock: What It Is And What It Can Do For Your Arduino