In HWLibre there are many projects carried out based on one of the different Arduino options that are present in the market about which we have spoken. The truth is that the possibilities are many and, as often happens, each one has its peculiarities and is usually more interesting than the rest to implement a certain project for its characteristics.

Because of this today we want to stop for a moment and, instead of continuing to talk about different projects, take a little air and meet to discuss a very simple topic and that surely, when we started in this world, it would have served us well. help as it is literally where to start, something that will surely be very helpful for all those people who are starting in this entertaining and playful world.

If you have reached this point, surely you will be passionate about everything that having certain knowledge can offer that will allow you, for example, to create your own robots, automate different daily actions that you perform in your own home ... and all this thanks to use of a very inexpensive free hardware platform. Shall we start?

There are different types of Arduino board, which one do I choose?

Once you are clear about what you want to do, perhaps the first step is precisely to decide which Arduino board you have to choose. Believe it or not, the truth is that this decision will be the basis of the final result you obtain since its architecture can limit your ideas quite a bit and above all the solutions you can adopt to make the project take shape.

A very important point is not only the size and the peripherals that you can connect to it, but the board itself since we can not only limit ourselves to acquiring an Arduino as such, I mean an official board, but also these official models (There are several configurations) we have to add everything that all those compatible boards offer us, something that greatly expands our options since, if at first We need a specific size and a connector of a certain type, perhaps the official board does not offer it but a compatible one. 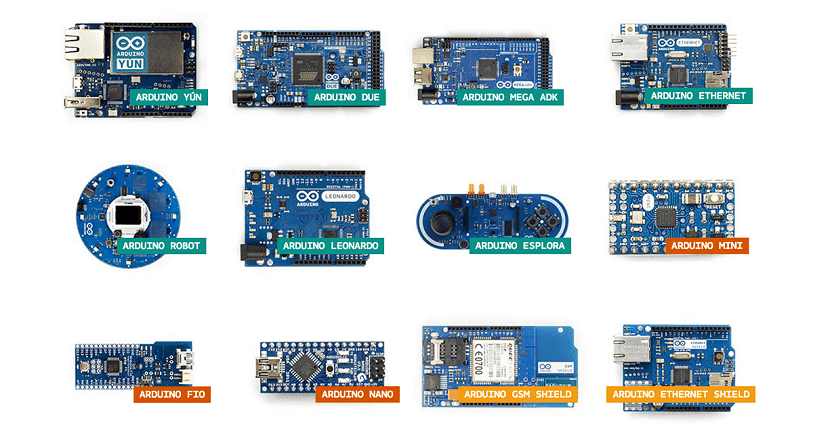 Arduino, over the years (it has been on the market since 2006) has gone from being offered in a single format to being available today in no less than 12 different versions to which, when the time comes, we could add the already discontinued ones. At this point, if you can't find the board that best suits your needs, maybe you can get some of the add-ons, extensions and kits that Arduino officially sells through its website or from any of its official distributors.

At this point, as you can see in the previous image, basically the differences between the options that Arduino offers us is based mainly on the size, connectivity and quantity of both analog and digital inputs and outputs with which the chosen plate has. A point that we must take into account is the internal memory offered by the board itself, so that the more complex (at the code level) the project that we are going to mount, it will require a greater memory.

Among the different options that we have, we are in a first step the No products found., without a doubt the most basic model and in turn the one with the largest number of inputs and outputs. In my opinion, it is the ideal if you are starting.

One step higher we find the Arduino Zero, ideal if you need more power since they have a more powerful CPU and greater memory both RAM and ROM. In the event that you need more digital inputs with which to connect different modules, the ideal option would be to get one Arduino Mega.

At this point, a detail must be taken into account, on the one hand, the fact that unfortunately there are many fake Arduino boards on the market, which can sometimes be very difficult to detect if they are true or false, especially if we are looking for a Arduino Uno. Second, tell you that the plates Arduino are intended solely for the United States market while outside of this the brand is sold as Genuine the only difference between both brands being legal and marketing issues. 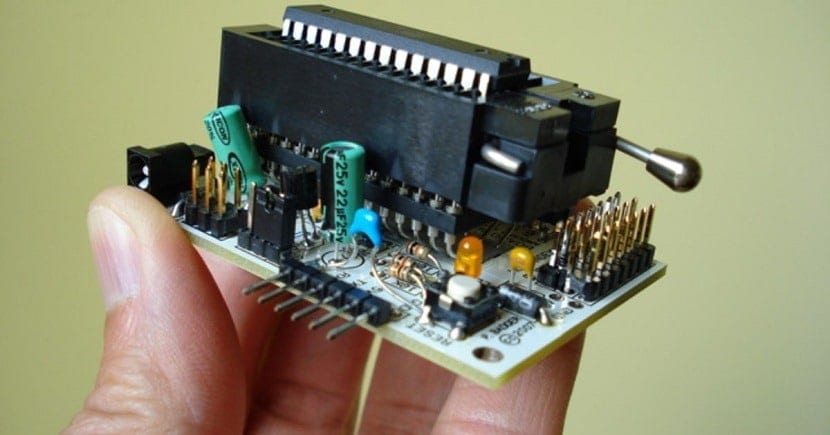 At the time, especially when you have sufficient knowledge of electronics, you could even consider the idea of ​​building your own board compatible with all Arduino kits and accessories. This is precisely the idea that many manufacturers have followed who have literally taken advantage of the pull and fame of this platform to offer solutions, some very interesting, fully compatible to a lower price.

Among the compatible plates that we can find, it is necessary to differentiate that, in my opinion, the best are the ones that allow you use development environment Arduino IDE While, at the hardware level, they allow you to use the same hardware, especially in terms of components, since, in components, you will also find many different manufacturers with very different proposals. Among the different examples that we can find highlight the best known, especially by the community that exists and that, when the time comes, can be very useful in questions related to technical support:

Once we have decided which plate is the most interesting for our project, whether it is official or compatible, it's time to buy a kit. Basically when choosing the board what we have is just this, a board, but we need other elements such as a USB cable from which to load our software into its memory or feed its power supply to more complex modules with which give more meaning to the whole project.

In order not to complicate too much, since the demands of the project will make us realize exactly what we may or may not need, I will go on to comment on certain starter kits that you can find in any official store or distributor of the brand, both from the Arduino itself, as well as any of its compatible boards. In this sense, depending on the components incorporated in the kit, it will be more or less expensive, the options are very numerous and varied:

Full path to article: Free hardware » Arduino » Getting started with Arduino: which boards and kits can be more interesting to get started