Arduino Nano It is another of the versions in which you can find the famous Arduino development board. It is small, but don't be fooled by its size, it hides a lot of possibilities. It's like a real Swiss army knife. With it you can create a multitude of projects in which it is important to keep consumption and size at bay.

Like all Arduino and compatible boards, it has similarities with other of its older sisters, although it also has certain unique and different technical characteristics from the others. In this article you will see all those similarities and differences to understand everything you need to know about this board and start developing your own DIY projects with Arduino Nano.

What is Arduino Nano? 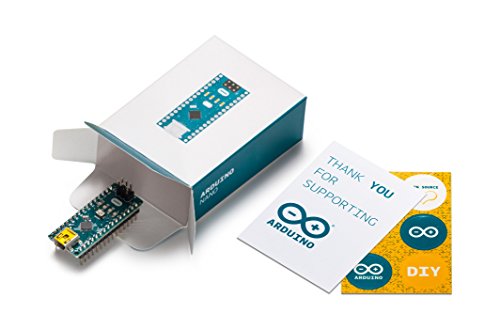 Arduino It is already a classic in the world of free hardware and the world of maker. With its development and software beaches you can create a multitude of projects where the limit is your imagination and well ... some technical limitations of course. But they allow you to learn electronics, programming and also create real wonders.

Even professional projects are based on these development boards. In the case of Arduino Nano, it is a reduced version de Arduino UNO. This minimizes the energy demand you consume and also means less space is needed to house the bale, making it ideal for projects where size is important.

This is not a plate Arduino UNO miniaturized exactly, as you will see there are some important technical differences. Nor is it an alternative to LilyPad. But it shares other characteristics and the essence that is present in all Arduino projects. Of course, it can be programmed with the same Arduino IDE like the rest.

The Arduino Nano board has some technical characteristics that you should know before starting with it, in addition to evaluate if it is what you need for your project or does not meet your expectations.

Those technical characteristics are:

In this image courtesy of Arduino you can see the pinout or the predisposition of pins and connections that you can find on this development board. As you can see, Arduino Nano does not have as many I / O pins as its sisters, but it does have a considerable amount for most projects.

If you want to see more details, you can access the datasheets that exist for this Arduino Nano version:

Differences with other Arduino Mini and Micro boards

Within the official Arduinos You can find those versions that we have been talking about in this blog, such as UNO, Mega, etc. One more is this Arduino Nano, which has the following differences that you have seen in the previous sections.

However, to do a summary of the most outstanding, these are the most important with respect to the other official reduced size plates:

The Arduino Nano board is compatible with all kinds of electronic components like the rest of the plates. There is no limitation of any kind beyond the maximum current and voltage limitations it supports. But otherwise, you can use any component you want from all seen in HwLibre.

Get started with Arduino Nano

To start with an example of how to program Arduino Nano, you can use the following electronic scheme to connect a simple LCD screen and be able to display a message on this plate:

Although the plate that appears in this drawing with Fritzing is ONE, it is the same for Nano, you just have to connect it to the corresponding pins ... That is, you can connect the following:

As to sketch code, you can use the following example to start seeing how it works. Remember to use the LiquidCrystal library for LCD screens. You can see more information in our free Arduino programming course.

Full path to article: Free hardware » Arduino » Arduino Nano: everything you need to know about this development board