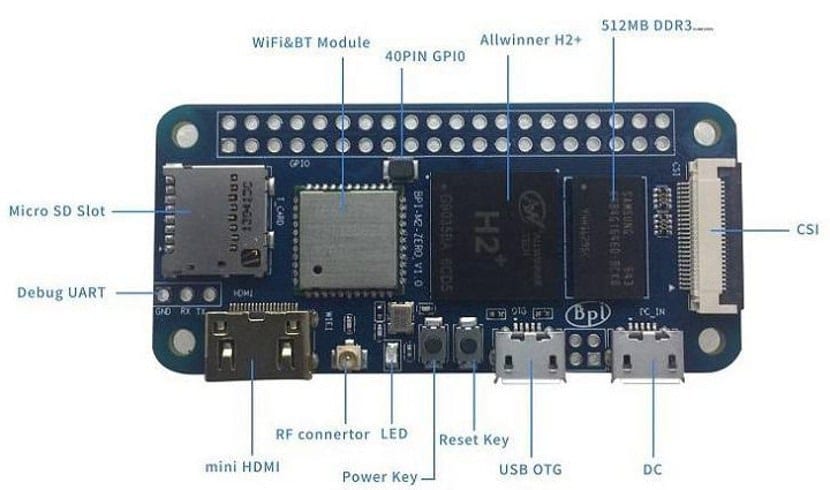 There are many Raspberry Pi clones that exist, clones that use different hardware, unlike what happens with Arduino, whose clones are based on the same hardware and scheme. In the case of Raspberry Pi, the same does not happen and therefore each clone is special, unique and interesting.

Many of these copies are fully functional but have a higher cost than the Raspberry Pi itself, which means that users do not use these options as much and continue to prefer Raspberry Pi. But, Banana Pi, a Raspberry Pi clone, has released its own clone to Pi Zero W, a slightly more expensive but more powerful alternative than the original option.

The processor of Banana Pi M2 Zero is Allwinner H2 +, a 1,2 Ghz Quadcore processor, a more powerful processor than Broadcom's chipset that is dual core and only clocked at 1 Ghz. In addition, the measures of Banana Pi M2 Zero are slightly smaller, 60 x 30mm versus 65 x 30mm for the Pi Zero W. A small size reduction but necessary for many projects.

Banana Pi M2 Zero is available on Alixpress for $ 15, a higher price than Raspberry Pi Zero W, but it is also true that the power is significantly higher, being able to even run videos in 4K. So it seems that this Banana Pi option is more than interesting for those looking for a powerful, small SBC board and for little money. Don't you think so?