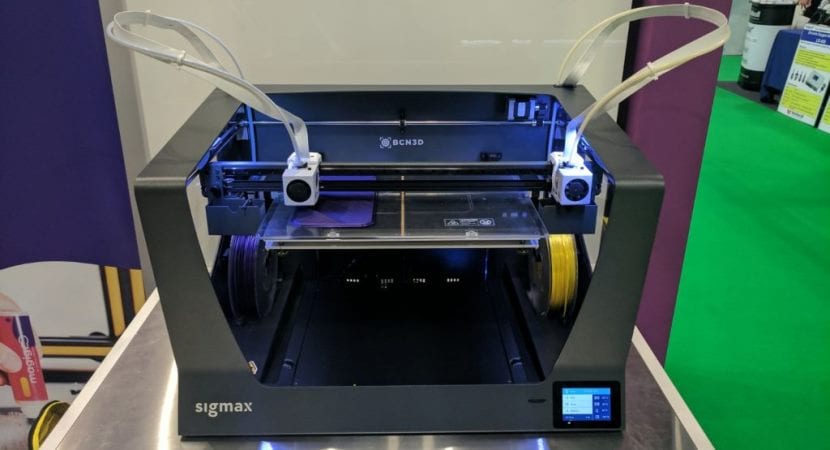 BCN3D is back and this time to delight all fans of 3D printing with the presentation of a new machine for professional use that will surely give a lot to talk about in the coming months, a model that, among other things, in addition to make use of fused deposition filament technology, it stands out for its large printing volume, specifically of 420 297 x x 210 or by its independent dual extrusion system.

According to the press release officially published by the BCN3D company, this new 3D printer, officially baptized with the name of Sigmax, is the desktop 3D printing machine most versatile on the market, ideal for all those people who need a model capable of printing large and complex parts.

BCN3D surprises us with the official presentation of the Sigmax, an industrial quality 3D printer that will surely surprise you

Personally, I have to admit that certain characteristics of this new model such as the duplication mode, ideal when you want much more speed in the production of certain parts since both heads work simultaneously in the manufacture of a part model or the symmetric mode, identical to the previous one except for the difference that one head prints a part of the model and the second its symmetrical part.

In addition to this, the company has worked on improve extrusion systems, this 3D printer assembles a new system that has been redesigned from scratch, it is completely compatible with the Hotend family, which significantly increases its versatility and the applications to which it can be dedicated, has a wide portfolio of industrial quality materials and has even created a new software much easier to use and with greater power.