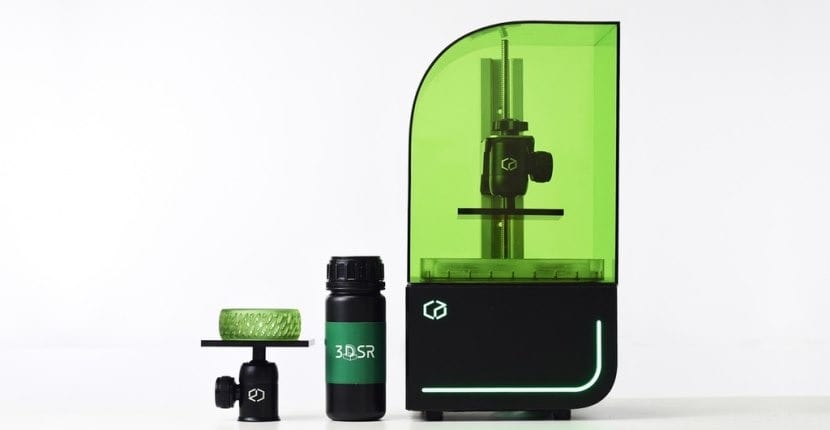 If you are looking for a quality 3D printer for your home, maybe Bean is that model you were waiting for, a SLA type 3D printer that has literally swept its funding campaign launched by Kudo3D, the company behind the design and manufacture of it, on Kickstarter.

As a detail, tell you that the campaign was launched at the end of May and in just three minutes it achieved $ 100.000, more than double its goal. As points in favor, comment that for the first interested in financing the campaign they could get a unit for only $ 199 while, if you want to support the project now, you can get one for the interesting price of U.S. dollar 399, without a doubt a price that is still very interesting for a 3D SLA printer.

Based on the statements of Catherine Park, Director of Business and Operations for Kudo3D:

We created Bean in the hope of making SLA technology much more accessible to everyone. How can the 3D printing industry grow if only a few have access to it?

We have had the end user in mind, because of this our printer is compact and very elegant. The green roof has been designed seeking to combine with any type of decoration. The light source has been equipped with several LEDs in order to reduce energy consumption and offer a much more environmentally friendly product while increasing the useful life of the product. Both edges of the printer have been rounded.

One of the negative points that I personally find to the characteristics of this 3D printer is in the low manufacturing volume of only 68 x 120 x 150 mm. Even so, the truth is that the results are of very good quality since you work with a layer thickness as low as 10 microns. The resin used is available in the colors black, gray, yellow and green.