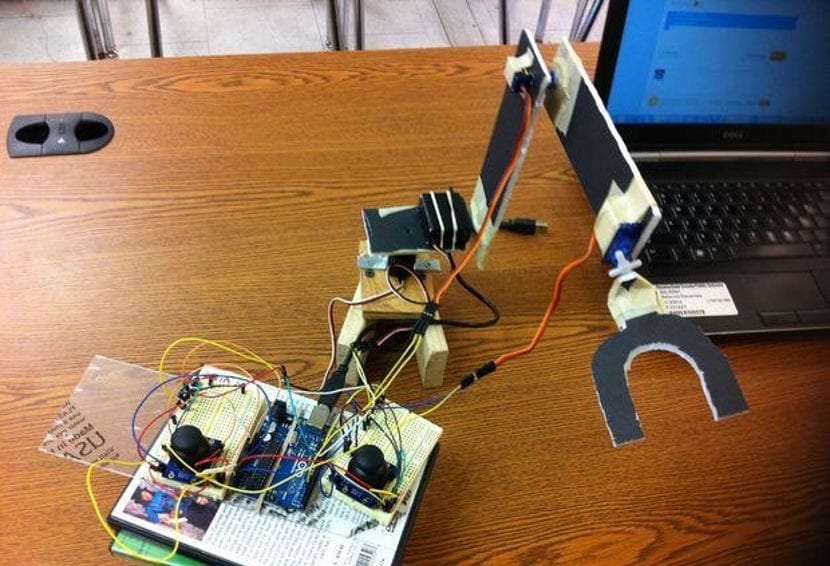 Surely many of you have seen in science fiction movies how the scientist or geek has a robotic arm that controls everything and that can pick up objects or perform functions as if it were a human person. Something that is becoming more and more possible thanks to Free Hardware and the Arduino Project. But what is a robotic arm? What functions does this gadget have? How is a robotic arm built? Next we are going to answer all these questions.

What is a robotic arm

A robotic arm is a mechanical arm with an electronic base that allows it to be fully programmable. In addition, this type of arm can be a single element but it can also be part of a robot or other robotic system. The quality of a robotic arm compared to other types of mechanical elements is that a robotic arm is fully programmable while the rest of the device is not. This function allows us to have a single robotic arm for various operations and to perform various different and different activities, activities that can be carried out thanks to electronic boards such as Arduino boards.

Functions of a robotic arm

Possibly the most basic function of a robotic arm is the auxiliary arm function. In some operations we will need a third arm that supports some element so that a person can build or create something. For this function no special programming is needed and we will only need to turn off the device itself.

Robotic arms can be built with various materials which makes it possible to use them as a substitute for dangerous operations. like the manipulation of polluting chemical elements. A robotic arm can also help us to perform heavy tasks or those that require adequate pressure, as long as it is constructed of a strong and resistant material.

Materials needed for its construction

Next we are going to teach you how to build a robotic arm in a fast, simple and economical way for everyone. However, this robotic arm will not be as powerful or useful as the arms we see in the movies but will serve to learn about its operation and construction. So that, the materials we will need to build this device are: 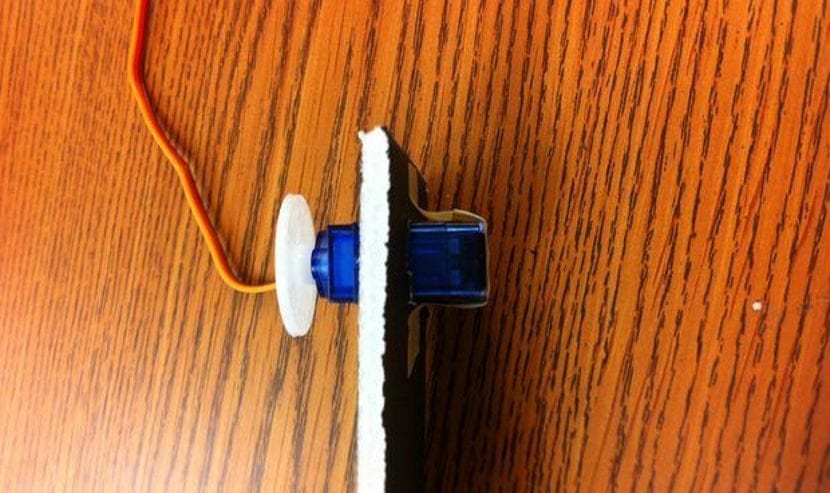 Once we have the rectangles, at one end of each rectangle or strip we will tape each servomotor. After doing this, we will cut a "U" of foam. This will serve as a holding part or end part of the arm, which for a human would be the hand. We will join this piece to the servomotor that is in the smallest rectangle. 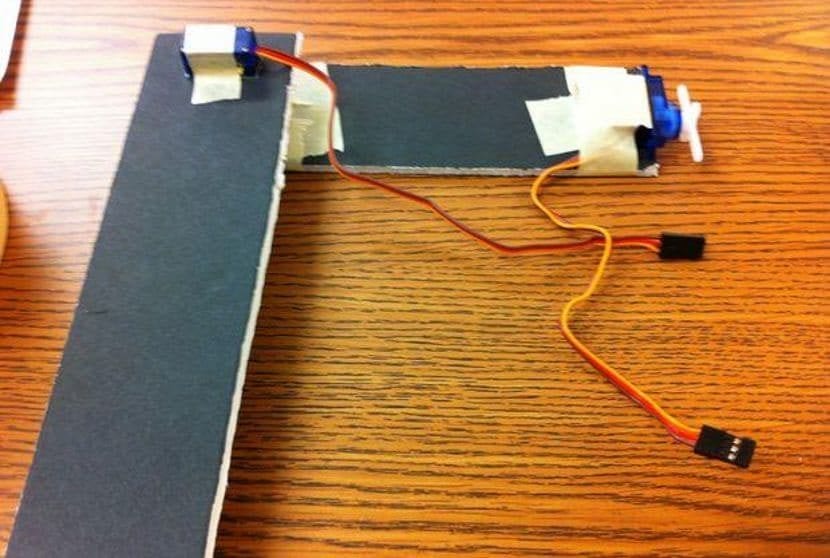 Now we have to make the lower part or base. For this we will carry out the same procedure: we will cut out a square of foam and place the two axis servo motors in parallel as in the following image: 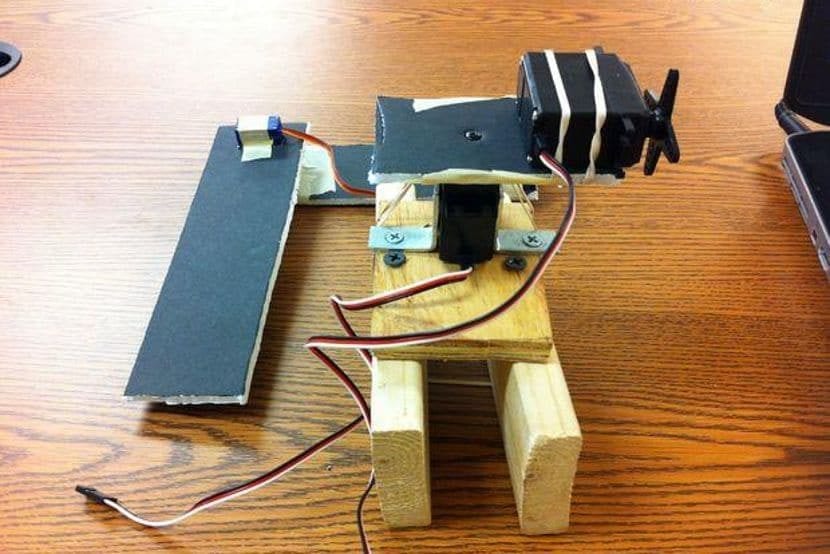 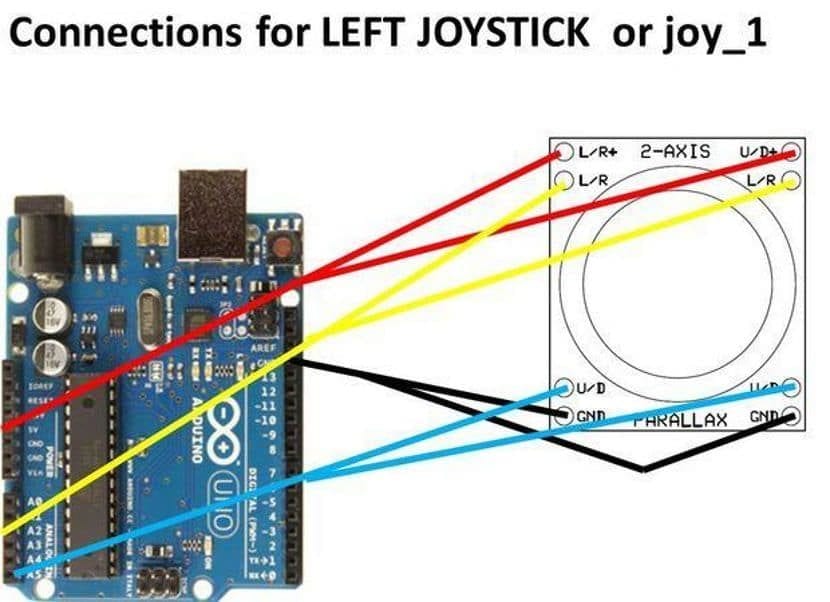 Although it seems that we have finished building a robotic arm, the truth is that there is still a lot ahead and the most important thing. Creating or developing a program that gives life to our robotic arm since without it, the servomotors would not stop being simple clock mechanisms that spin without meaning.

This is solved by connecting the Arduino board to our computer and we open the program Arduino IDE, we connect the computer to the board and write the following code in a blank file:

We save it and after that we send it to the plate Arduino UNO. Before finishing with the code we will carry out the pertinent tests to verify that the joysticks work and that the code does not present any errors.

I already have it mounted, now what?

Surely many of you did not expect this type of robotic arm, however it is ideal because of the basics of what it is, the cost it has and the way to teach how to build a robot. From here everything belongs to our imagination. That is, we can change the materials, the servo motors and even complete the programming code. It goes without saying that too We can change the Arduino board model for a more powerful and complete one that allows us to connect a remote control or work with the smartphone. In short, a wide range of possibilities offered by Free Hardware and robotic arms.

Full path to article: Free hardware » Arduino » How to build a robotic arm with little money