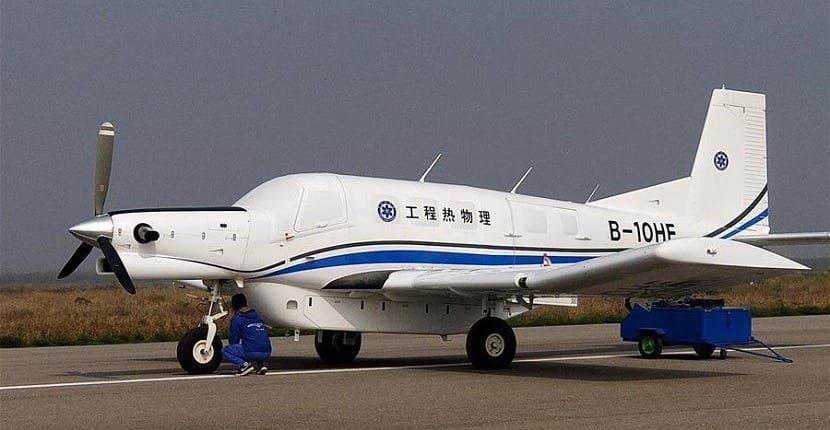 En China it has proposed to be the first on the planet in terms of technological development. With this in mind, it is not surprising that they have even developed a strategic plan to intensify research in unmanned aerial vehicle technologies, something that has led them to ensure that one of their companies is able to create the one that is currently in use. considered as the largest commercial drone on the planet.

Specifically we talk about AT200, an aircraft that has already completed its development and testing phase and is scheduled to begin flying within early next year. As a detail, tell you that we are literally talking about the heaviest commercial drone in China, which is capable of carrying up to 1,5 tons of weight.

Sichuan Tengdun Technology Co., Ltd is the company responsible for a project like the AT200

The company behind this project is none other than Sichuan Tengdun Technology Co.,Ltd. According to the specifications that have been revealed, the commercial drone appears to have a takeoff weight of 45 tons and a range of maximum flight of 7.500 kilometers although especially something as simple as its 42-meter wingspan can draw a lot of attention. To ensure the resistance to fatigue of the manufacturing materials of this drone, the company claims to have used carbon fiber composite materials.

At the moment a vehicle like this will have a very specific use. According to statements by those responsible, once reach the market commercially, back in 2020, the drone will be used above all to carry out tasks related to air cargo transport, forest fire control and emergency assistance.

According to different media, the impressive Chia drone industry is likely to see its market value increase of 75.000 million yuan, about 11.540 million dollars at the current exchange rate, by the year 2025.