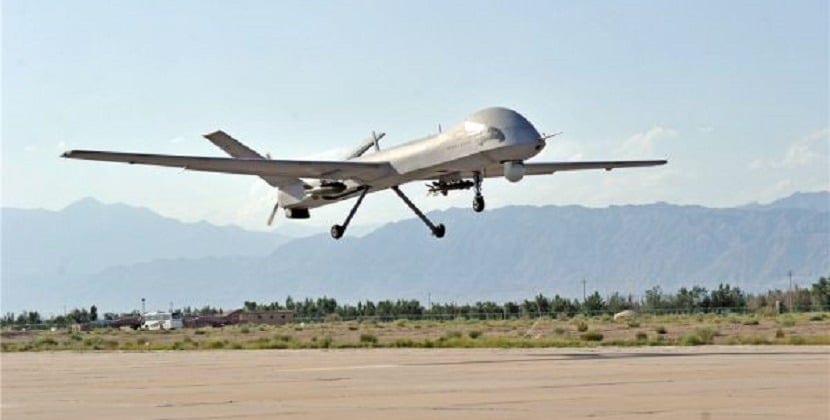 It was to be expected and, although the news has taken longer than expected, it has finally just been confirmed that The Chinese Army already has the world's most advanced attack and reconnaissance drone. This new unit, christened by the company in charge of its development, China State Aviation Industry Corporation, as WingLoong II, has already been successfully tested in dozens of tests offering, for the first time, a success rate of nothing less than 100%.

Among the shooting tests carried out, tell you that the drone was equipped with eight types of missiles and dozens of bombs, something that makes them have a extraordinary value, especially for the Chinese Army. According to one of the engineers responsible for the project:

The WingLoong II has successfully run the strike tests on five different targets consecutively with five different missile types in a single exit, setting a new firing record for the Chinese drone.

As has been revealed by senior officials of the Chinese Army, with the WingLoong II a new generation of long-distance reconnaissance and long-distance attack drones which have been designer by Chengdu Aircraft Design and Research Institute. During the tests carried out, in the last 10 months of the year 2017, tests with real fire have been included on fixed and mobile targets and even time-sensitive targets with air-ground coordination.

Although China today already has drones with cross-border combat capacityComparing their units with those of, for example, the United States, they lack experience despite the fact that the technology they equip may be more developed. To solve this problem, China is already working on the development of its own global satellite navigation system, something that will finally help them achieve that global combat capability.