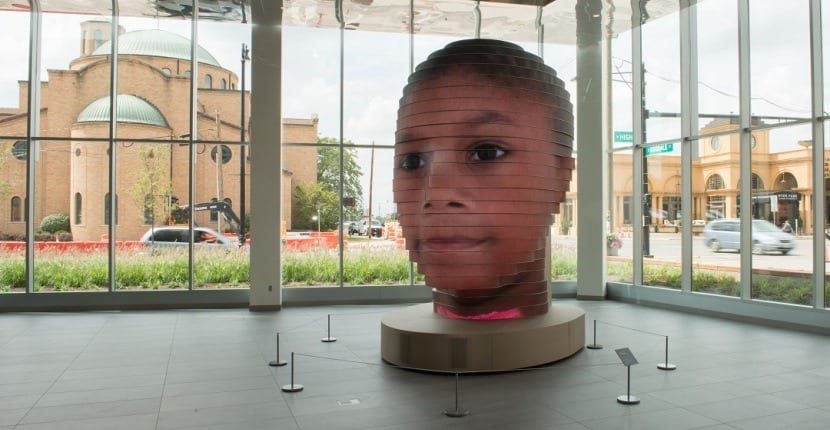 One of the things that usually happens when you start to be fluent when it comes to designing and getting to carry out a project with your Raspberry Pi is precisely that ideas begin to come to your mind with enormous possibilities. This is what seems to have happened to Matthew mohr, an art teacher from Columbus, Ohio (USA) who has literally decided to create a giant head.

To carry out his project, think that we are talking about a sculpture that has a height of 4,26 meters, the teacher needed nothing less than 850.000 RGB LED lights to be able to show all kinds of faces that, in turn, are captured in a room that has several cameras connected to nothing less than 29 Raspberry Pi boards. Once the photos have been taken, from different angles, each of the cards performs a different process to create the image that will finally be projected.

Matthew Mohr is the creator of 'As We Are', a huge head created with 850.000 LED lights and 29 Raspberry Pi

One of the peculiarities that has been taken into account in order to carry out the project and that the quality shown by it is the most suitable is that, to take the photos, a room with uniform lighting has been created. The negative part, as the author of the project has commented, is that the sculpture needs to function nothing less than 136 kW power.

Undoubtedly a project where we are shown once again that today there is nothing impossible no matter how big it may seem. As a detail, if you want more information about it, tell you that has been baptized with the name of 'As We Are' and there is a lot of information on the official website of Columbus Business First.