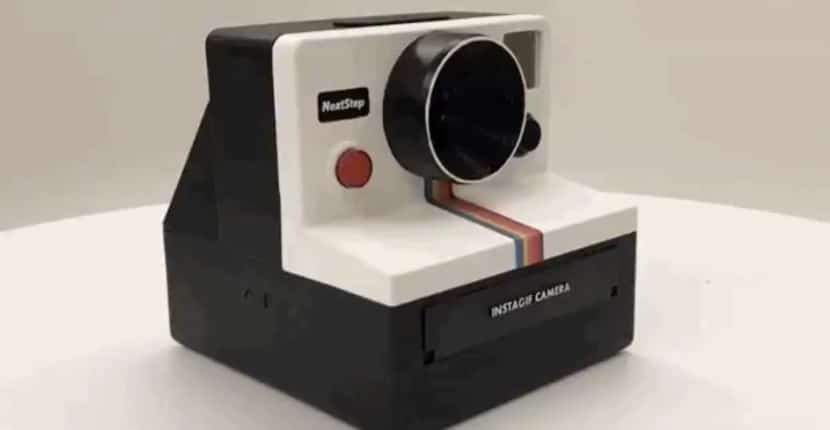 If you are a veteran of the place, surely on some occasion you have had one of those photo machines in your hands Polaroid that, right after taking the image, they offered it to you in a very spatial format that you had to wait a few moments until it was finally revealed. With this operation in mind, a developer named Abhishek Singh he wanted to create his own version of the popular Polaroid.

Specifically, the product designed and created by Abhishek Singh has been baptized with the name of Instagif NextStep and it is nothing more than a peculiar machine equipped inside a Raspberry Pi 3 to which certain structural modifications have had to be made, literally eliminating the Ethernet ports and the dual USB ports, according to the developer, due to design requirements.

Build your own Polaroid machine capable of 'printing' three-second GIFs

To the use of this very special card we have to add two components as significant as a Raspberry Pi Cam v2, a screen Adafruit PiTFT 2,8 inches and even a 10.000 mAh pocket battery to make the project totally portable while offering sufficient autonomy.

As you can see in the video that is located right at the beginning of the extended entry, the operation of the camera is quite unique and very similar to how the old Polaroids worked since this format will allow us capture three-second long GIFs that later 'print'in a kind of cartridge that can be removed and in which there is a small screen that is responsible for displaying the recorded content.

If you are interested in making your own camera, tell you that its author has decided to publish all the necessary information so that you can make it and even, if you dare and have enough knowledge, you can improve its features and share it with the community.