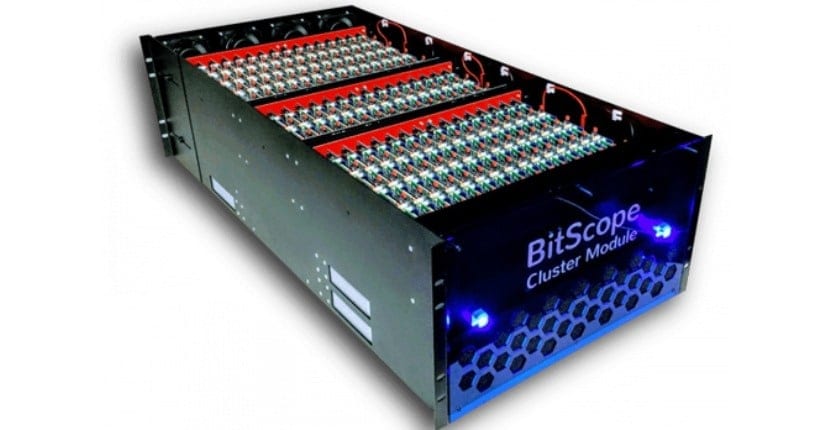 The power of a Raspberry PiIf we compare it to a computer from just 15 or 20 years ago, it is simply fascinating. Thanks to this, it is not surprising that many scientists and researchers decide to go further in this concept and demonstrate what this processor is capable of if we join the work of several units.

This is precisely the work carried out by a group of researchers from the Los Alamos National Laboratory, experts in the development of new supercomputing techniques who, today, develop software and new evolutionary forms for Trinity, a supercomputer that cost the United States 200 million dollars and is currently ranked number 7 on the Top500 list of most powerful computers on the planet.

In the little free time that this team of engineers has, the group has decided to work on the development of a scale supercomputer and that is where they wanted to demonstrate that it is possible to use a much more modest infrastructure to evaluate the behavior of several of the experiments in concurrency and small-scale parallels that typically run at Trinity. To carry out this task nothing better than to resort to Raspberry Pi, or rather to 750 of them.

After joining the 750 Raspberry Pi, for which they have used no less than cingo BitScope Cluster Modules, we are faced with a system whose power consumption is 1.000 W in idle mode, although this can shoot up to 4.000 W peak. To put this a bit in context, tell you that a supercomputer, at a peak of consumption, can consume 25 MW. The expense involved in creating this supercomputer has been about U.S. dollar 100.000, in turn, far from the expense of creating a supercomputer.

Full path to article: Free hardware » Raspberry Pi » They create a supercomputer thanks to the union 750 Raspberry Pi