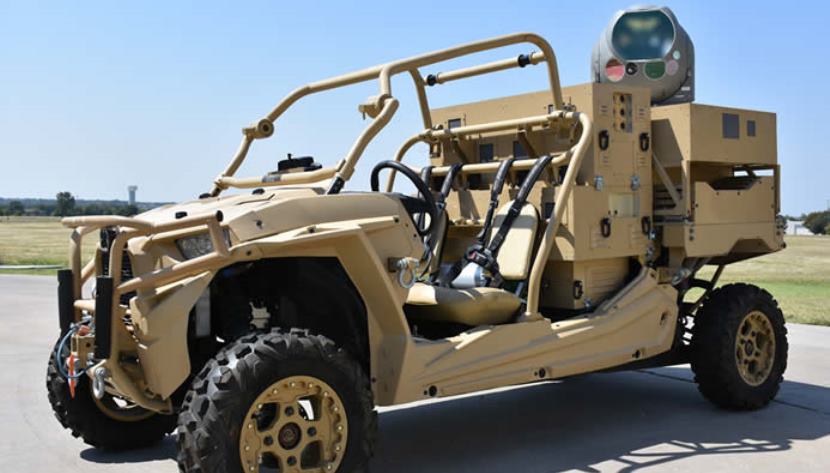 We have known for many months that the United States Navy was working on the development of a new laser weapon capable of shooting down any type of drone to approach him a few miles away. Apparently, after all this waiting time, the weapon is very close to reaching production, especially if we consider that a series of range tests have already been carried out with very good results.

Going into a little more detail, tell you that they have been the experts of Raytheon, one of the largest military defense contracting companies on the planet, those who have developed the vehicle you see on the screen and above all that peculiar laser weapon with which it has been equipped, enough to, as they themselves have announced, be capable of taking down practically all the drones that exist on the market today.

Raytheon has already demonstrated in several tests how efficient its laser weapon can be in taking down commercial drones.

To show what this new drone is capable of, it is best to see the video that I have left hanging just above these lines, which shows how this laser weapon impacts directly against the drone, despite the fact that the images do not show see any kind of light beam or anything like that, making the drone starts to burn and finally crashes to the ground.

Among the advantages offered by this type of weapon compared to conventional lasers is that being smaller and more precise, it does not consume as much electricity to function. Thanks to this with a single charge of its battery it is capable of taking up to 30 shots. At the moment the company is working on ensuring that the car from which this drone is fired can be in motion.

Full path to article: Free hardware » Drones » This new weapon from the United States is capable of shooting down any drone that comes within range