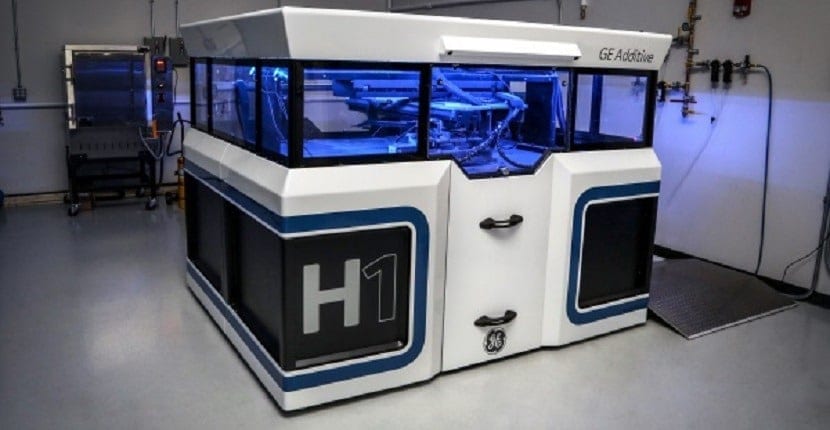 GE additives, a subsidiary company of the almighty General Electric, has just published a press release where, for the first time, a new prototype 3D printer is shown to the public. This new project is called H1 And, as they have made public from the US company, it appears to be capable of using a binder technique that will eventually challenge the need for castings.

For now, despite the fact that the photo that appears at the top of this post shows us a fairly advanced prototype, at least in terms of aesthetics, the truth is that there is still a lot of work to be done. According to General Electric's own engineers working on the H1, new versions of it are expected to appear in early 2018 with the idea of ​​getting start with its series production already in the middle of the year.

At the moment there is little information about the new technology with which this new machine has been equipped, even so and as has been officially published, the GE Additive H1 makes use of a binder jet system capable of print large parts in materials as different as stainless steel, iron or nickel alloys.

According to declarations of Mohammad Ehteshami, current vice president and general manager of GE Additive:

We see a high demand for binder technology in the aerospace and automotive sectors. We are committed to accelerating the additive manufacturing industry and will continue to strengthen ourselves in the laser and EBM modalities through the development and launch of new technologies to the market. We have a progressive approach towards innovation and product development. I challenged the team to develop this new machine in 55 days. They came early with the process from concept to first print, which took just 47 days.