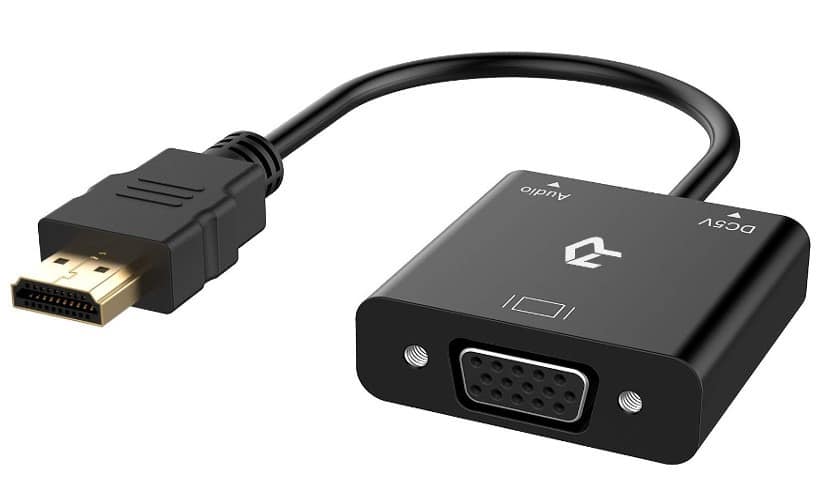 The arrival of SBC boards such as Raspberry Pi in stores has meant that for little money we have a functional mini computer. But the Raspberry Pi is not the only board that helps us create a minicomputer. Boards like Odroid or Orange Pi also allow us to create a minipc. The problem with these boards for many users is that they do not have a VGA port for the monitor, which means that many users cannot mount it as easily as with a normal desktop computer.

This problem can be solved in a very simple way with a type of cable called an HDMI to VGA cable. This cable has a male HDMI connector at one end and a VGA port at the other end that we can connect to any monitor or television with that output. The conversion carried out by this type of cable is only graphic.

Is it essential to have this cable?

The use of this cable is less of a problem and is that such connection does not support HDMI port audio output, as we have said before, so if we connect the cable to the Raspberry Pi, for example, we have to take into account that the cable will not emit sound and that we have to use the audio output of the board. Something important to keep in mind if we want to use the cable with a television or with a monitor with speakers.

In any case, such a cable means being able to have a minicomputer for simple tasks without having to go to a second computer that will connect us with the Raspberry Pi board or another similar gadget via the internet or through a telematic connection.

In the market we can find various models and various brands of HDMI to VGA cable. Even so, any brand does not work since we can run into a cable that does not really do the conversion. This would mean that it would not work and we would therefore have a cable that is useless. Therefore we have to be careful with the cable we buy. I personally recommend use cables that are sold or purchased through large online stores or with a good warranty. Some time ago I bought an HDMI to VGA cable on platforms that sold products from outside of Spain. Such cable was not working and your refund was not possible. This does not happen in stores like Amazon that have products tested and with a guarantee that ensures a refund in case of not working.

What models of HDMI to VGA cables can we find on the market?

One of the most affordable and functional models that we can find on the market It is the HDMI to VGA cable from Amazon Basics. Belonging to a store like Amazon, the cable is well tested and works in all cases, so we have a certain guarantee that the HDMI to VGA cable will work. On the other hand, the price of the cable does not exceed 7 euros, a more than affordable price if we take into account the results and the functionality that it can give us.

If we are going to use the cable for SBC boards more powerful than Raspberry Pi, we have to look for an hdmi to vga cable that can emit or transmit high resolutions. If we also want to reproduce sound, that is, use the cable and the sbc board as a multicenter player, then the best option is the Rankie model. The Rankie HDMI to VGA cable is a model that in addition to supporting high resolutions, also contains a 3.5mm port for audio output and a usb port for charging. The price of this device is 8 euros, a fairly low price and affordable for many pockets. 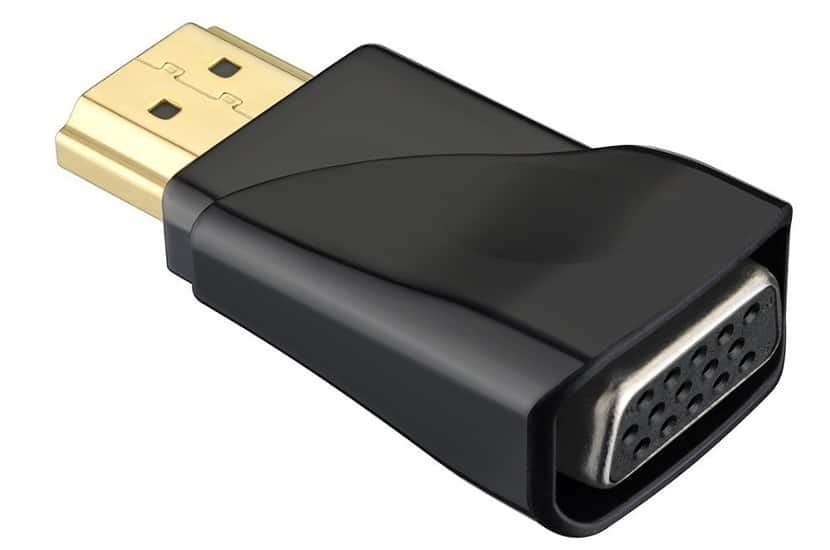 A third option would be the direct adapter, an adapter that would transform the hdmi output to vga. This option would need the traditional VGA cable, something that we will already have if we are going to apply it to a monitor. Possibly the best option among all the connectors with this shape is No products found., a connector that does not include audio output but does it is small and portable. The same company has No products found. which makes it more manageable than the direct connector.

Recently a version of this HDMI to VGA cable has been created which makes the HDMI connection be converted with a mini display port. This type of cables is aimed at Apple equipment, laptops and desktops from Apple. Usually they do not have an HDMI port and this adapter makes a minidisplay port can be used as an HDMI output. The downside of these types of cables is that they do not usually work very well with free hardware and therefore it will not be useful to connect a Raspberry Pi board with an Apple monitor and laptop. In any case, it is one more option that we have when it comes to converting the HDMI signal.

How to troubleshoot Raspberry Pi

Once we have the cable, we just have to connect everything and turn it on. Thanks to the HDMI to VGA cable we can, as we have said, have a minicomputer with an SBC board and a monitor. But it is also true that despite having some of the previous cables, we can have problems that are usually solved by modifying certain parameters of the software.

I have personally suffered these problems with the first Raspberry Pi models and it is true that they are the most numerous, but they can also appear on other sbc board models. To solve this we have to edit the config.txt file found inside the Boot folder. Once we open the file we have to look for the hdmi_force_hotplug and hdmi_drive lines (if they don't exist then we have to create them) and modify it to be like the following:

Possibly we will find these lines with the symbol "#", if so, we only have to delete that symbol so that the system takes that code into account. We save the modifications and reboot the Raspberry board, after which it should show an image on the monitor. In case of not working, we can uncomment the line "hdmi_safe = 1".

An HDMI to VGA cable is a very useful cable, an increasingly necessary cable if we work with monitors and televisions. But we have to remember that such cables only convert in one direction. Namely, With these cables we will not be able to use to convert the signal from VGA to HDMI signal. So for those who were thinking of using the VGA port of their computer to a TV or monitor with HDMI, these types of cables are not valid.

Full path to article: Free hardware » General » The HDMI to VGA cable, a great accessory to have a minipc