Surely you have seen the holograms in various futuristic films, such as Star Wars, where people can project themselves using these holographs to communicate. Well, now you can also create your own homemade hologram in a simple way, without sophisticated systems that are only available to some.

In this article you will know more details what a hologram is, and also what are the options to create your own homemade hologram, since you have several options, both if you are a maker as if you want something already manufactured and ready to use ... In addition, you can apply it to a multitude of purposes, both for fun, and to use it in educational centers to show anatomical designs, objects, etc.

What is a hologram?

Un hologram, or holography, is an advanced technique that consists of creating 3D images based on the use of light. For this, various methods can be used with a series of optical elements and light sources that allow the projection of the image and even that it can be moved.

The origin of this technique is in Hungary, devised by the physicist Dennis Gabor in 1948. For this he would receive the Nobel Prize in Physics in 1971. However, they were still very primitive holograms. It would not be until later, in 1963, when Emmett Leith and Juris Upatnieks, in the US, and Yuri Denisyuk from the Soviet Union, when well-defined three-dimensional holograms were rendered.

Currently, much progress has been achieved, and there are alternative technologies that are also giving very promising results, especially for their application in sectors such as augmented reality. And its applications can be very diverse, from its use in the educational sector, even for shows, etc.

Evidently the homemade hologram that you can create will be somewhat more limited, but it is still quite impressive ...

How to create a homemade hologram 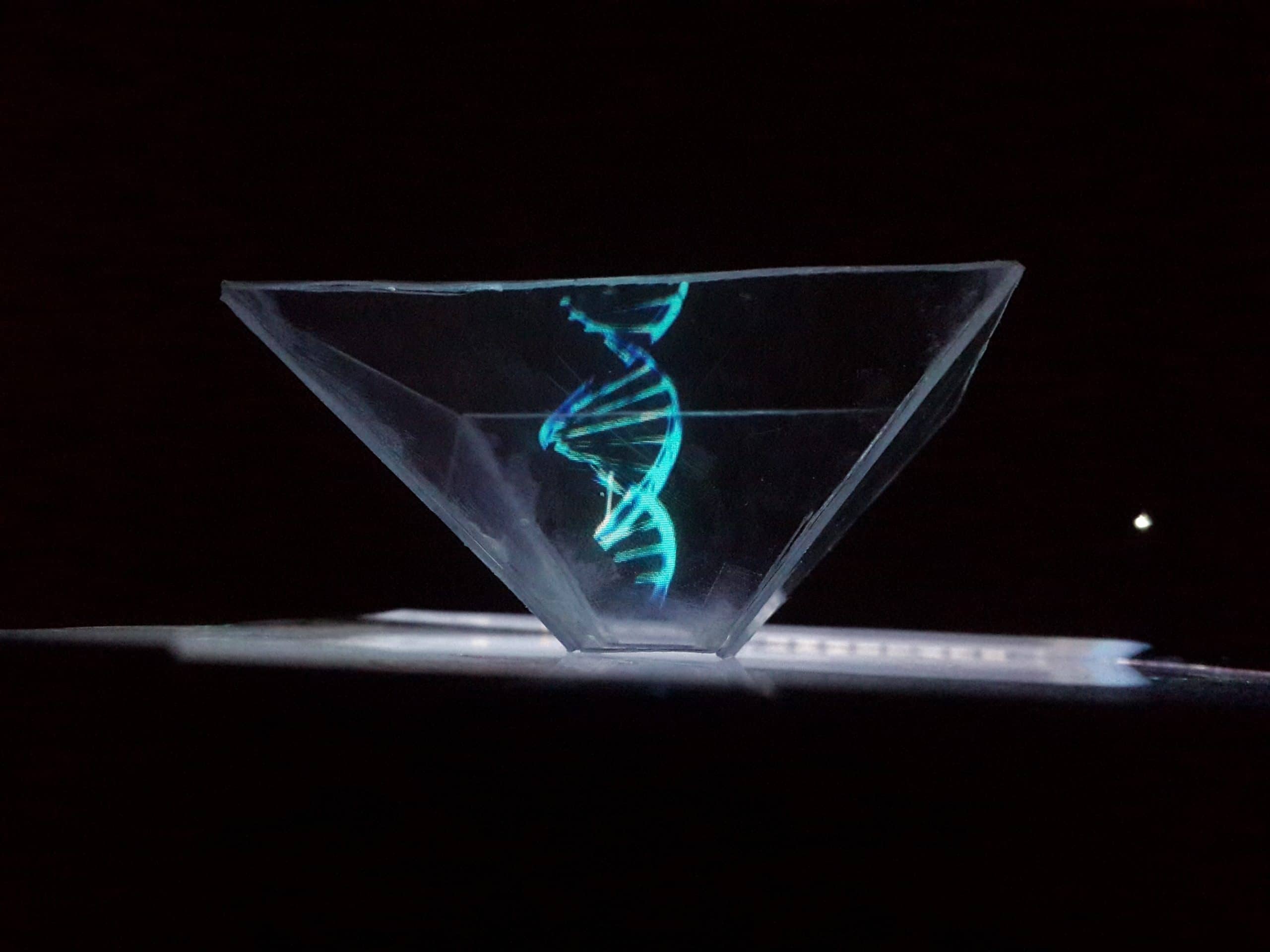 You have no alternative to create your home hologramor, but several. Here you have the most interesting options that are not extremely expensive. You can choose the one that best suits your needs ...

Do not forget that in any of the three cases you must turn off the lights in the room to be able to see the images well ...

Buy a project for the smartphone

By less than € 10 you can buy one of these on amazon smartphone projectors. With it you can represent a multitude of 3D holograms from the mobile screen itself. The results are beautiful 3D images that seem to float inside the projector and on the screen of the mobile device.

It is very easy to use, and does not need any type of installation, configuration or assembly. Just lean the projector on your smartphone and start enjoying the home hologram using a multitude of videos or objects that you will find on the web, such as on platforms such as YouTube.

Buying a projector for the hologram

Another somewhat more professional alternative with somewhat better results, in addition to generating larger holograms, is to acquire a hologram projector on Amazon. These devices cost just over € 100, but if you like these images, it is worth it to use them even in business environments, for product presentations, advertising, etc.

This projector is based on a very basic principle, and it is turning while emitting a series of LED lights. Also has WiFi connectivity to connect to a PC acting as a source, or by uploading by microSD memory card up to 16GB.

Create your own homemade hologram device

It is perhaps the most laborious option, but with somewhat worse results than the previous cases. The positive of this method is that it is cheaper and that you can do it yourself, if you like crafts. To create your own homemade hologram system, you will need:

Once you have all that, the next step is to get let's do it as you can see in the video. That is, basically the summarized steps would be:

Now, with that pyramid, you will have an object similar to the smartphone projector that I put earlier. And the operation it will be the same: