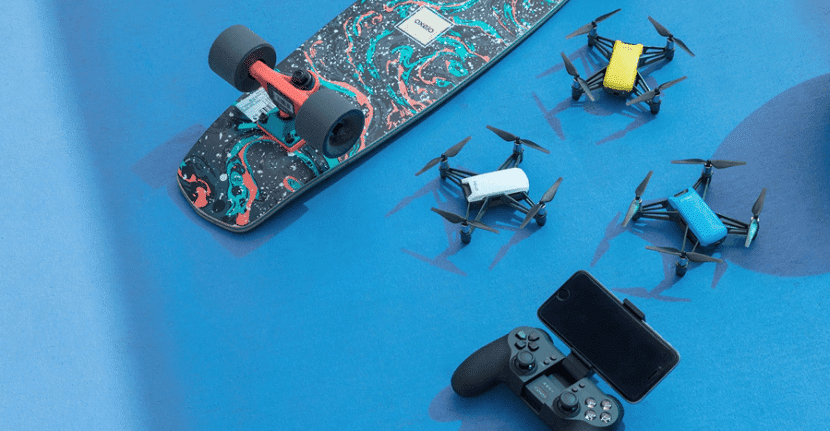 Many of us are interested in getting a drone, unfortunately today we have two options, or we buy a unit whose power and autonomy is, sometimes ridiculous, or we directly have to pay quite large economic amounts. To solve this problem, the Chinese startup Ryze Tech has just announced its intention to put up for sale a very interesting drone that has been baptized as Tello.

Broadly speaking, tell you that Tello is nothing more than that drone model that we all dreamed of, that is, an affordable drone equipped with first-rate technology. As a preview, tell you that Ryze Tech has equipped Tello with technology from Intel and DJI and a camera capable of capturing 360-degree video with direct streaming capability. All of this will hit the market at a price of U.S. dollar 99.

Tello, a drone equipped with Intel and DJI technology that will hit the market for $ 99

At a technological level, as you can read on Ryze Tech's own website, we are talking about a drone that has a Movidius Myriad 2 VPU developed by Intel as well as DJI flight stabilization technology. As a detail, tell you that Ryze Tech announces that its interesting drone is also compatible with the Scratch programming language, which in turn opens up a huge world of possibilities.

Now, by size, the truth is that this new drone is aimed at children although surely there are many of us older than, with that excuse, we finally get one. At the software level, it should be noted that Tello has been equipped with an automatic landing and take-off system, protection when the battery is low, it can land if the connection with the drone is lost ... all of this developed, tested and implemented in DJI drones.