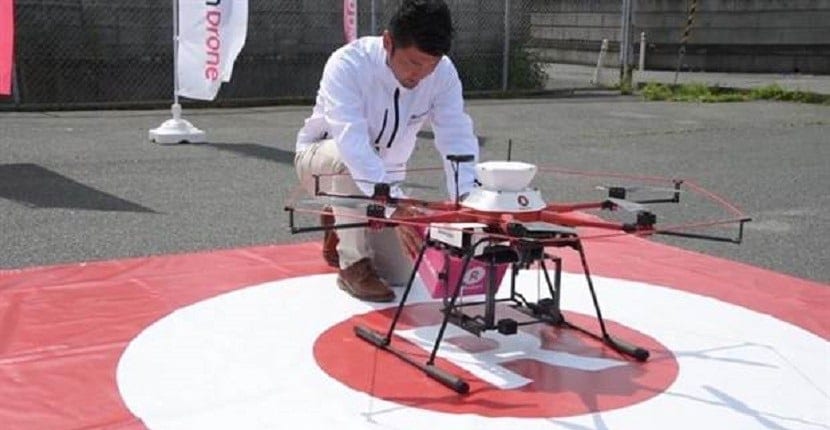 Japan is a country where practically all its citizens are lovers of new technologies. This is something that we all know and that leads them to always try to use the latest technology in any field. An example of what I say is in the new program that they have launched and through which a group of pilots will begin to use drones to deliver prepared food and other food in one of the cities affected by the Fukushima nuclear disaster.

In order to put this program into operation, two of the largest food and supply chains in the country have had to come together, such as Lawson y Rakuten. As a detail, tell you that this program started last Tuesday and at that very moment it was able to bring hot food and other products to Minamisome, a city that is within that 20 kilometer radius that was evacuated after the nuclear disaster occurred.

Undoubtedly, we are talking about a project where not only the good of a business is sought, but also the benefit of all the inhabitants of these areas, who usually, as has been confirmed, are mostly older people who, Until the start of this program, they could only stock up thanks to the use of a van service operated by the same company that came to their area once a week. Thanks to these drones, they can now buy products over the internet for in a short time they can reach your home.

As a final detail, just tell you that this service is currently in trial period and it will only operate, for the moment, once a week for an hour, although they do not rule out that it may also reach other cities.