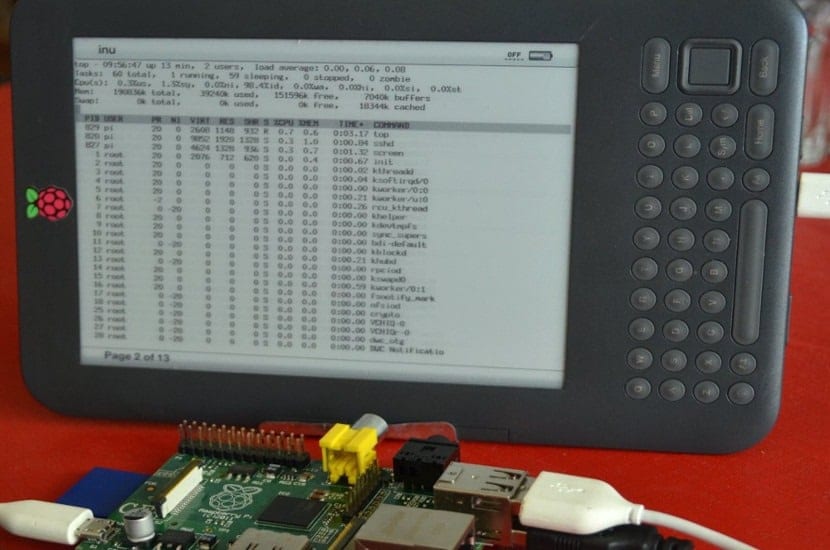 The Raspberry Pi SBC board is prone to being used for many projects. It is something that is not new, but it is quite unknown for many to reuse eReaders or also known as ebooks. Many of these devices can be hacked and used as a powerful screen for our projects.

The project we are talking about is nothing new, but now that eReaders are not "so fashionable", it can be built a mini-computer for emergencies reusing old devices.

The project is called Kindleberry Pi. As the name suggests, the project is based on repurposing the Amazon eReader, the Kindle, and a Raspberry Pi board. Kindleberry Pi is a project that uses the Kindle as an electronic ink display or monitor and which shows everything that the Raspberry Pi processes, just like a normal computer monitor. It is true that when using an eReader, certain files such as videos cannot be used, but if our daily work is based on reading documents, the project can be interesting and healthy for our eyes.

La official website of the project is available to everyone and in addition to its construction, we can get the necessary software for the Amazon Kindle to work properly. Kindleberry Pi was made with a basic Kindle and Raspberry Pi Model B, that is, it is an old project but just as valid with new Amazon devices as well as new versions of Raspberry Pi.

And we can even use a Raspberry Pi Zero board and turn the project into a laptop instead of a mini desktop computer. Since it is built with Raspberry Pi, we can make as many changes and customizations as we want or our knowledge allows us.