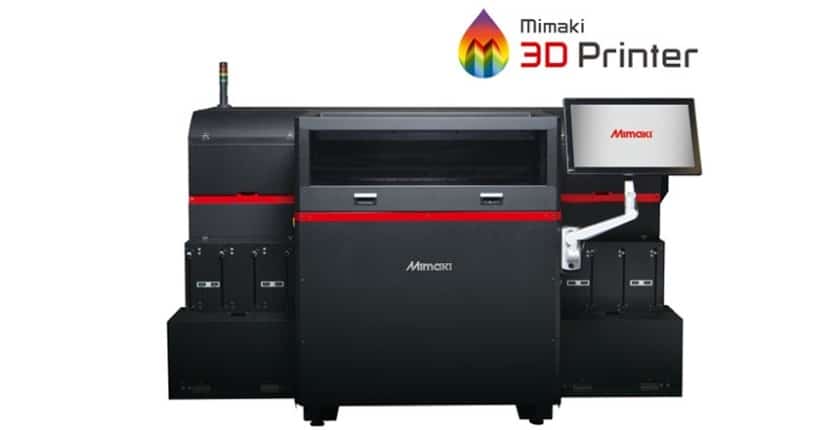 This time we have to move to Japan, a country where the manufacturer of 3D printers Mimaki has fixed its headquarters, to know all the peculiarities of a model as interesting as the 3DUJ-553, a machine that, despite its strange name, stands out for being able to print any piece with more than 10 million colors.

The history of Mimaki is very similar to that of HP, that is, we are talking about a manufacturer that until now specialized in the manufacture of 2D printers but that has finally made the leap into the world of three dimensions with quite revolutionary ideas such as the machine presented to us today, a model that uses UV LED light to cure each of the layers that are deposited, thus forming the structure of the object that we want to create.

As announced by Mimaki's marketing department, the colors used by your new 3D printer can be controlled very precisely thanks to the use of a simulation software that allows any user to create a very realistic representation of the object itself before we have even decided to print it. Thanks to this, the time and especially the material used is considerably reduced.

The other 3D printing solutions have two main problems when it comes to creating objects in color. First of all, they cannot produce photorealistic colored objects. This involves painting objects by hand, a long and expensive job. Second, most 3D printers require the removal of stabilizing supports before they can be used. It also takes time and can damage the room.