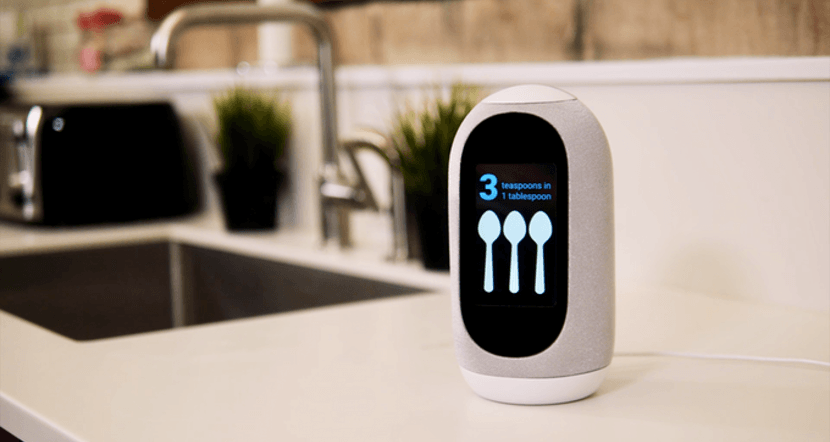 We have been hearing and talking about the free virtual assistant, Mycroft, for a few months. A wizard that could be built on Gnu / Linux and therefore used on a Raspberry Pi or any other SBC board. This meant that Mycroft was the free and private alternative to Amazon Echo and Google Home. But it seems that it won't be like that for much longer.

Recently, the team of Mycroft has presented Mycroft Mark II, a device that will contain the new Mycroft and that will not use Free Hardware but its own hardware.

Mycroft Mark II is a smart speaker that copies the shape of the Google Home, but that unlike this, the Mark II contains an LCD screen that shows information such as time, weather, images, etc ... A function that has no rivals and that more and more users are asking for.

As with Mycroft, the company has created a crowdfunding campaign to raise money for its sale. Even though there are still 26 days left to finish the Kickstarter campaign, Mycroft Mark II has raised more than $ 100.000 of the $ 40.000 needed.

And with Mycroft Mark II a controversy is uncovered that we will hear more about, the privacy of our data. Mycroft has a system for which removes conversations after a period of seniority. They are deleted on the device and are not transmitted to other computers, unlike other devices such as Google Home and Amazon Echo that actually record while we are not using the device, sending all the information to their large servers.

The notification is not very flattering, but we can always choose to create our own solution. Some time ago we talked about how to build our own virtual assistant thanks to Free Hardware, an efficient and useful way to start building our personal, private and free assistant.