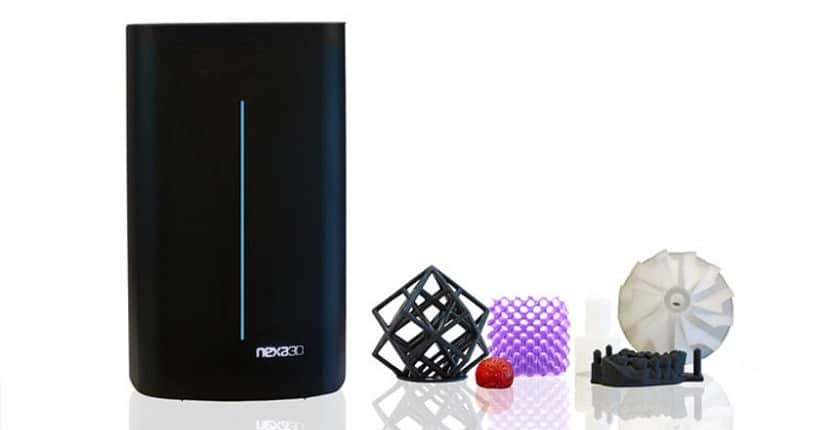 Nexa3D is one of those companies that had little or nothing to lose, at least at first glance, although it is just as true that at CES they showed nothing less than their latest creation, a SLA type 3D printer which, according to the manufacturer itself, is one of the models that will hit the market this year faster than ever thanks to the use of a new technology patented by the company.

Going into a little more detail and as mentioned in the press release published by Nexa3D itself, in order to make this new 3D printer so fast, a new light-curing technology has been developed baptized with the name of Lubricant Sublayer Photocuring With which this special machine can manufacture up to 1 centimeter of any part in just one minute of work.

To all this we have to add a very simple detail although much more interesting than you can imagine, especially if you are interested in manufacturing SLA or you already work with it, and that is that the Nexa3D 3D printer is capable of printing with the double precision being its manufacturing process up to five times cheaper to run than current ones.

As stated Avi Reichental, current CEO of Nexa3D on his technology:

After several years of getting us into the early stages of testing and applying our revolutionary technology, we are excited to be here at CES 2018 with some of our early access users and resellers partnering with us. to validate the scaling of our first product. High-speed 3D printing is the next frontier in additive manufacturing.