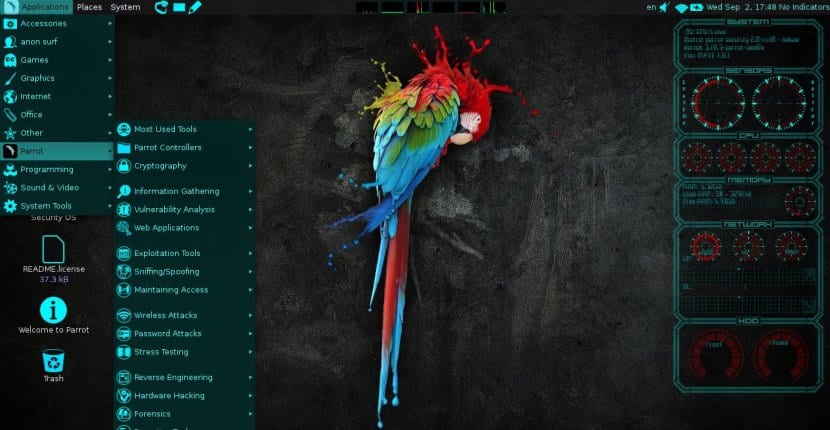 There are many ways to test the security of a network or computer system, although little by little many types of Linux distributions are proliferating that already bring everything necessary to carry out this type of work. One of the most interesting is Parrot Security OS 3.8, a version that has just been updated with important new features.

One of the most important details of Parrot Security OS 3.8 is that we are dealing with a distribution based on Debian more complete and simpler to use than many you can find on the net since its creators have opted to group in it the greatest variety of applications so that any user can always have at hand all the tools they may need to audit the security of a specific system.

Turn your Raspberry Pi into the perfect weapon for ethical hacking thanks to Parrot Security OS 3.8

As for the news of the latest version of Parrot Security OS we find the update to Debian 10 "Buster" which means you already have the Linux kernel 4.12. In addition to this, its developers have included support for ZFS files or the MATE 1.8 desktop by default as well as greater compatibility with an increasingly high number of wireless cards.

In addition to this, Parrot Security OS 3.8 has a Bitcoin client, the latest versions of GCC and OpenJDK, an AppArmor module for the Linux kernel activated by default as well as the firm intention of the operating system developers to include SELinux for improve security.

If you are interested in trying Parrot Security OS 3.8, tell you that you can download its latest version from the Official Site of the project where you will find versions for a large number of devices where, of course, there is room for cards such as Raspberry Pi, Pine 64, Orange Pi ...