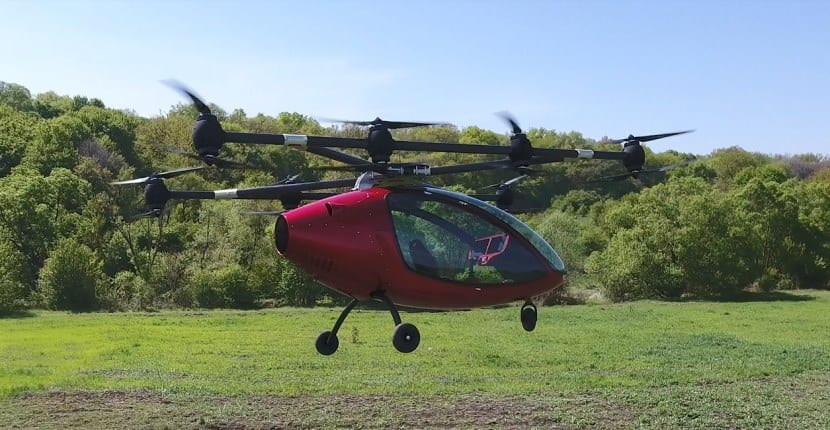 Almost without prior notice and even without knowing any previous prototype, today I want to tell you about the company Passenger Drone, which has created the vehicle that you can see in the photo located on these lines or in two videos that I leave you from the extended entry. As a detail, tell you that we are facing one of the vehicles of this type, that is, with the capacity to house crew members inside, more advanced created to date.

Going into a little more detail, as they have commented from Passenger Drone, the unit you see on the screen is nothing less than almost a production model. Such is the case that even its developers today are looking for partners to get it to be mass-produced and start reaching buyers who are interested in getting a unit soon.

In terms of technical details, tell you that we are talking about a drone composed of a cabin with capacity for two people in the upper part of which there is space to locate nothing less than 16 electric motors. All this finally supposes a weight of about 240 kilograms, enough so that it can travel to a maximum speed between 60 and 70 kilometers per hour for about 20 to 25 minutes.

As a final detail, tell you that, apparently and according to the company itself, its technicians have been testing this model and fine-tuning its operation since last May, although it was not until last August when the tests with people inside. A detail that is especially striking is that, as a good drone, this can be controlled both from the controls located inside of the same, in case you have the necessary license or from a mobile application as if it were an ordinary drone.