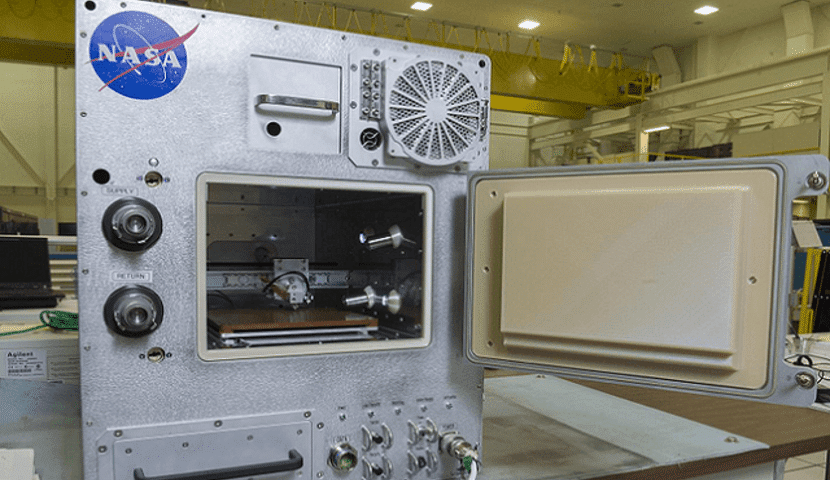 NASA and the various space agencies now have their focus on 3D printing rather than on the discovery of new planets or investigation of other near-Earth planets. The interest of 3D printing lies in the cost savings of having a 3D printer in space and not having to wait to ship with provisions every so often.

After the latest news, it seems that NASA has finally succeeded and they will no longer have to ship with supplies or at least with tools to use in space.

This is due to an invention called the Refabricator. Refabricator is a 3D printer and also a material recycling machine, so astronauts can print objects and recycle them when not in use. Until now, 3D printing has been achieved in space, but recycling has not. When it comes to recycling, the user has to create plastic balls, this is a danger for the Space because dust must be generated.

Refabricator solves this since directly creates plastic filament without creating dust, which makes this operation safer in the absence of gravity. Refabricator will be shipped in future space shipments, saving thousands of dollars for projects. Now, the future is to carry surgical plastic that allows printing surgical objects without any problem.

The physical space it occupies Refabricator is similar to a small refrigerator, that is, a more than acceptable size not only for spaceships but also for the user. And the most interesting thing about this NASA project is that it can be taken to the end user and in this case we would get a 3D printer with recycling of parts and materials, something that seems to be the future of 3D printers or maybe not? What do you think?

Full path to article: Free hardware » 3D printing » Refabricator, the 3D printer that will save NASA thousands of dollars