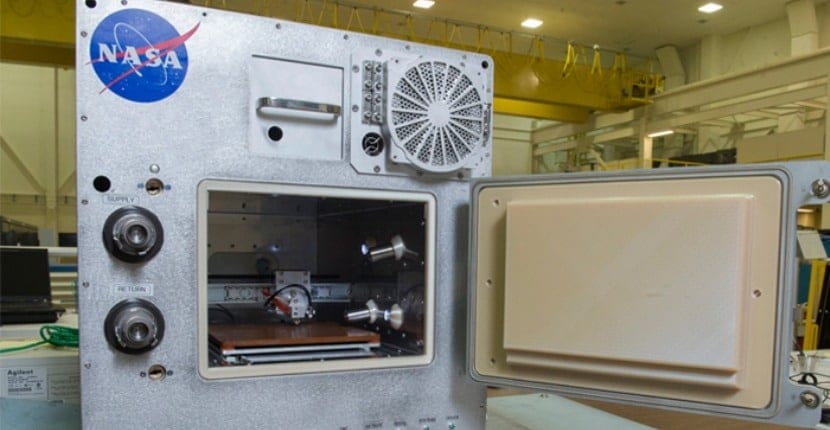 We have known for quite some time the interest you have NASA in making 3D printing viable in space. With this in mind, it is much easier to know why the development of Remanufacturer, a new recycling system devised by the United States Space Agency created by the association of Tethers Unlimited Inc. that can be used to get any type of plastic object to become a material for 3D printing in space.

Basically and broadly speaking, what has been achieved with Refabricator is that any type of object made of plastic can be converted into plastic materials in raw plastic materials that are compatible with the 3D printing system that is used today, for example, on the International Space Station.

It just won't be feasible to ship spare parts or tools for everything on the spacecraft, and resupply from Earth is costly and time-prohibitive. The Refabricator will be key to demonstrating a sustainable logistics model: manufacturing, recycling and reusing waste parts and materials.

Apparently from NASA expect the new Refabricator system to be shipped to the International Space Station in April 2018 to work in conjunction with the printer made by Made in Space specialists already in space. The usefulness of this new methodology will allow manufacturing parts such as tools and much more.

The Refabricator demo is a key advance toward our vision of implementing a truly sustainable manufacturing ecosystem within the space. Astronauts could use this technology to make and recycle food-safe utensils and transform what is now an inconvenient waste into raw material to help build the next generation of space systems. We believe that the reuse of waste could reduce the cost and risks for NASA and space exploration missions.

Full path to article: Free hardware » 3D printing » Refabricator is how NASA wants to transform plastic into material for space