If you are passionate about retro video games, those wonderful classics that never go out of style, then surely you are on the lookout for all those interesting emulators and projects that are emerging around the Raspberry Pi. Another of those projects to enjoy retrogaming is RetroPie, and of which I will reveal all the keys.

The truth is that there is more and more interest in this type of project, since the ccommunity of users passionate about these videogames from past platforms does not stop growing. In fact, even some manufacturers such as SEGA or Atari have decided to give some of their past machines a second chance to meet this huge demand ...

You may also be interested in knowing the best emulators for the Raspberry Pi, as well as alternative projects like recalbox y Batocera. And also some gadgets for controllers to create your own arcade machine.

RetroPie is a project of open source specially designed to turn your SBC into a retro video game center, that is, a real retro game machine. In addition, it is compatible with boards such as the Raspberry Pi in its various versions, but also with other similar ones such as the ODroid C1 and C2, and even for PCs.

Since the RetroPie 4.6 version, support for the Raspberry Pi 4 has also been included

This project builds on other well known existing projects such as Raspbian, EmulationStation, RetroArch, Kodi and others many existing. All this is brought together in a single centralized project to offer you a complete and simple platform so that you only worry about playing your favorite Arcade games.

But if you are an advanced user, it also includes a great variety of configuration tools so you can modify and customize the system almost as you wish.

RetroPie can emulate more than 50 video game platforms so you can use the ROMs of their games to revive them today. The best known are:

How can I have RetroPie?

You can download RetroPie totally free from the official website of the project. But before you rush into it, you should be aware that RetroPie can work in several ways:

Apart from this versatility, the steps to follow to install RetroPie from scratch on the SD are the following:

If you prefer, although it is not necessary in most cases, you can install additional software or more emulators. 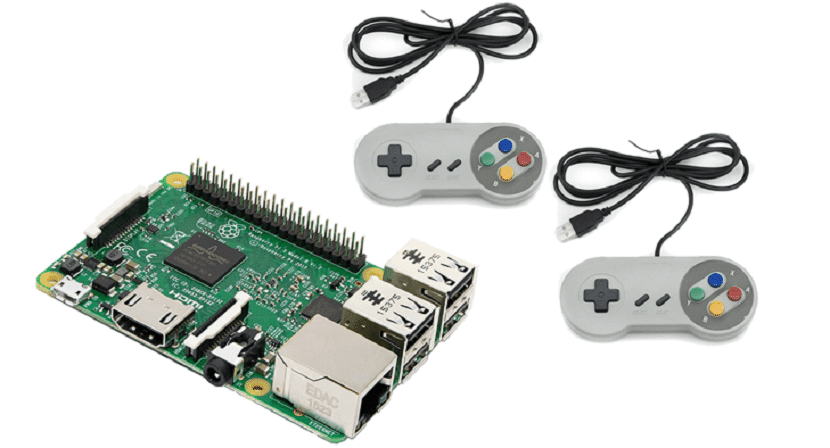 Once achieved, the following is configure your controls or game controllers, if you have them. To do this, the steps are:

After that what you can do is pass the ROMs to have your favorite video games ready to run from your Raspberry Pi. You can do it in several ways, one is through SFTP (somewhat more complicated), through Samba (also somewhat more laborious), and the other is through USB (simpler and preferable by most). For the USB option:

And now there is only Start the game… By the way, to exit a game in which you are immersed, you can use the Start and Select buttons pressed at the same time on your game controller and it will return to the main menu of RetroPie…

Si you don't want to complicate your life too much with the ROMs or with the installation of the RetroPie, you should know that they already sell SD cards with this system installed, in addition to thousands of ROMs already included ...

Remember that there are many web pages on the Internet that allow download ROMs illegally, since they are proprietary video games. Therefore, you must do it at your own risk, knowing that you may be committing a crime against intellectual property.

Furthermore, Internet Archive you can also find some very old video game ROMs. And of course you also have Totally free ROMs and legal if you want them, like those of M. 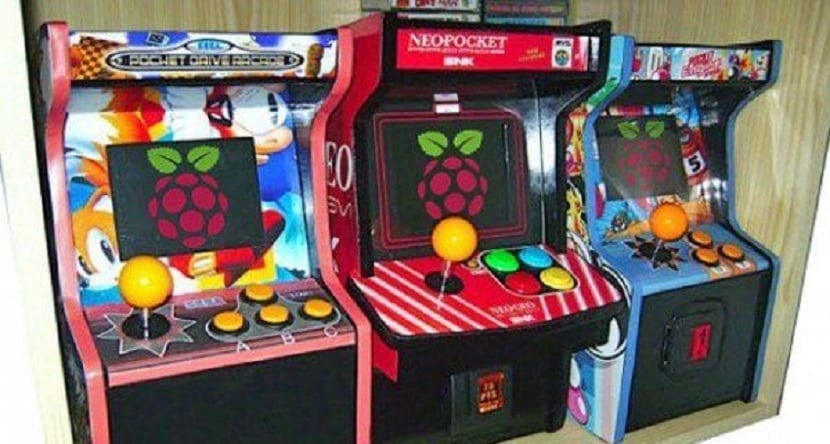 You should know that there are a large number of DIY projects to create your own cheap and miniature Arcade machine with the Raspberry Pi, as well as recreate many other consoles from the past in a simple way. For this, RetroPie also provides you with some interesting documents:

But that is not the only thing you have at your fingertips, they also exist very interesting kits that you can buy to assemble your retro console in a simple way: