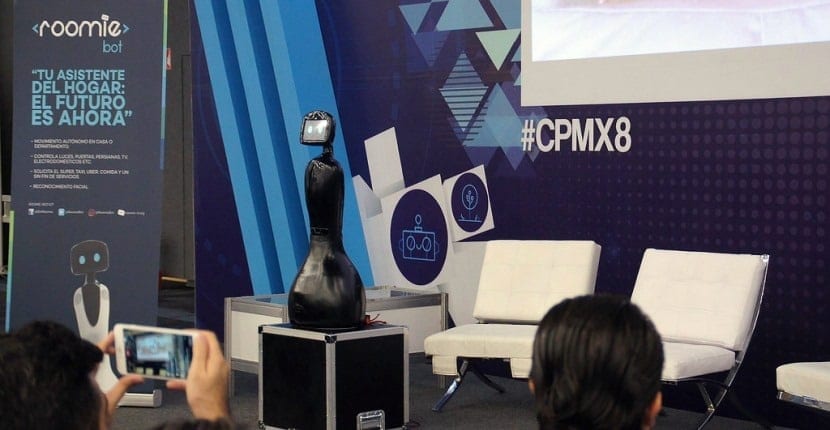 Today there are many companies and even groups of people who embark on the adventure of creating a robot for personal useIn other words, an assistant who is capable of helping us in our daily tasks both at home, at school, in hospitals ... an idea that has proven to be very interesting for many people around the world.

On the other hand, curiously it seems that those most interested in this type of project, both at the development level and in its use, are people from the East. To break this trend, a group of Mexican engineers has created the robot that you can see in the image at the top of this post, a project that has been dubbed Roomiebot.

Based on the statements of those responsible, it seems that RoomieBot is nothing more than an assistant capable of taking care of many tasks such as controlling locks, electronic devices, ordering a taxi and even offering a conversation to any user thanks to its advanced voice recognition system, which allows it to compete against other very famous systems today such as Siri, Cortana and even Alexa.

Among the most interesting features of RoomieBot we find that the engineering team has used a Rasbperry Pi as the brain of the whole system. Thanks to this, through the use of technology 'speech to text'This robot is able to interpret the instruction, search for information in the Google cloud and finally offer the results orally using several speakers distributed throughout the body of the android.

According to Hugo Valdes Chavez, one of the engineers responsible for the development of RoomieBot:

RoomieBot is designed by categories: security, health care, home control, entertainment and contains sensors that allow facial or position recognition, as well as a camera with which you can observe what the robot sees in real time through your own mobile phone.