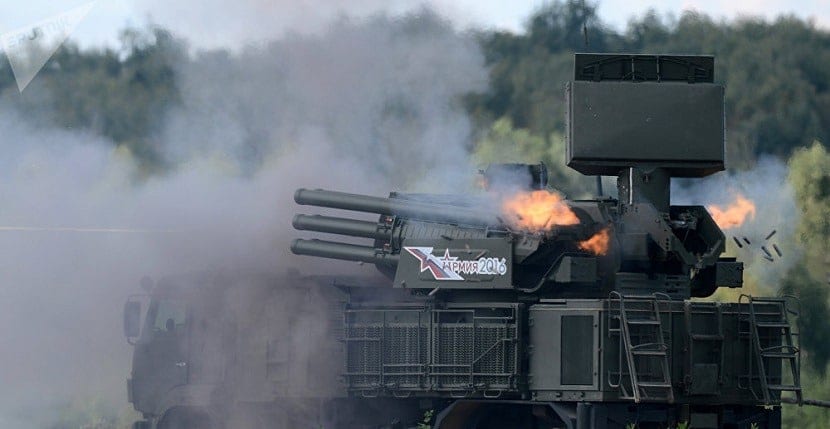 During the last week Russia has just announced that they have made available to their troops the new NATO SA-22 Greyhound system, an ante-air system capable of shooting down drones that belongs to the line of development of weapons from the Soviet era that were used to protect tank battalions against any type of air attack.

This new weapon was recently put to the test in Syria, resulting in its action as a Resounding success during attacks carried out jointly by several drone units, all of them being killed. As a detail, tell you that this peculiar weapon can operate completely independently or subordinate to the control of a command post or a much more powerful radar unit.

Going into a little more detail, apparently this new anti-aircraft system can detect a drone at a maximum distance of 35 kilometers using its electronic passive search radar. In turn, this weapon can fire up to four missiles against two or three different targets at the same time with only 1 seconds of difference between each of the shots, hitting targets at one distance of 19 kilometers and 15.000 meters high.

Undoubtedly great news for all the Russian military as well as a very hard blow for the American machine since, The United States Army does not currently have a short-range air defense system as powerful as this Russian platform.. In this way, now the ball remains on the North American side, which urgently needs to complete the development of a system similar to this if they do not want to be the target of all drone attacks.