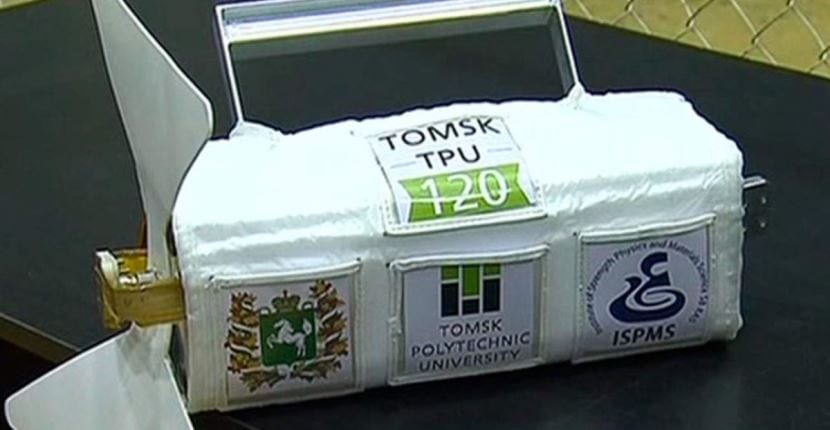 A few weeks ago the Russian Space Agency released a statement where they told us about the design and manufacture of their first satellite created using 3D printing technologies, a work that was carried out by the Tomsk Polytechnic University. We have had to wait all this time for the satellite to be put into orbit, to start transmitting its first signals and finally from the Russian Space Agency they have made a statement informing us about the success of the project.

As stated in the statement released by the Russian Space Agency:

On August 18 at 15.30:120 p.m., the Tomsk Polytechnic University student flight center received and recorded a signal from the Tomsk-TPU-XNUMX satellite, previously launched from the International Space Station into orbit.

We listened to a fragment of the message in Russian; We hope to receive telemetric data soon as well.

As has been revealed, the main mission of this first Russian satellite manufactured by 3D printing by the Tomsk Polytechnic University is to transmit voice messages to Earth, recorded and stored on the satellite itself by the students themselves who have worked in charge of the project. This message has been recorded in 11 different languages: Russian, English, Spanish, German, French, Tatar, Kazakh, Portuguese, Arabic, Hindi and Chinese.

As for putting the satellite into orbit, tell you that, as usual, it was sent directly to the Russian Space Station taking advantage of one of its supply missions. Once in space, it was the Russian cosmonauts Fyodor Yurchijin y Sergei Riazanski those who, as part of the Russian program, put this satellite and four others into orbit during a single spacewalk.