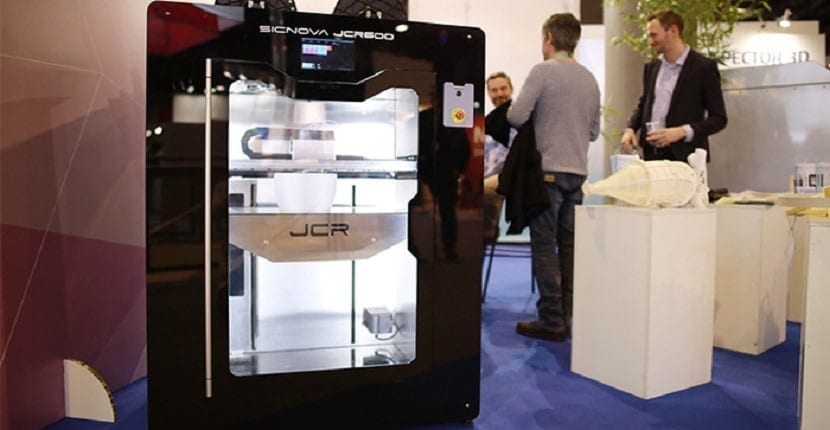 Only a few days ago Sicnova Group released a press release announcing a new collaboration agreement with no less than XYZprinting. In this press release it literally announced that the Spanish company, by mid-2018, will begin to manufacture two industrial FDM printers for the famous XYZprinting.

Going into a little more detail, tell you that we talk about the always interesting JCR 600 y JCR 1000, two models equipped with such interesting technologies for the industry such as a double extruder or the capacity to manufacture pieces up to one meter in length.

At this point, it should be noted that the JCR 600 and JCR 1000 that will be manufactured by Grupo Sicnova for XYZprinting, in addition to being able to print large objects, specifically up to 1000 x 600 x 600 mm, have a technical characteristic that makes them highly coveted and that is that they can work speed up to 1.000 mm / hour and with a 50 micron layer resolution.

Regarding the advantages achieved with this agreement, without a doubt for Grupo Sicnova we can speak of a great international support that will make the company much more recognizable. By XYZprinting in this way it is achieved further expand your product catalog without the need for large investments in research and development and, above all, without having to wait months for your customers to have a product like this.

To finish and as a detail, just tell you that, as it appears in the published press release, Grupo Sicnova, in addition to the agreement with XYZprinting, has reached a collaboration agreement with Sharebot for it to start distributing its products.