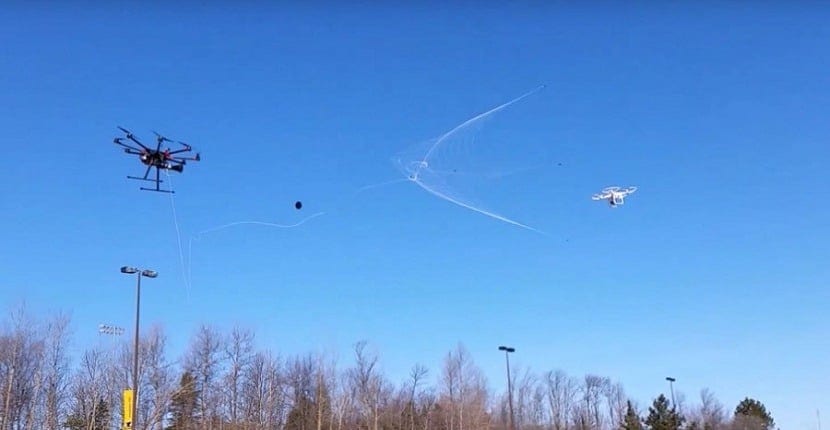 Unfortunately and due to the misuse that some controllers, consciously or unconsciously, make of their drones, in any event of magnitude and in the face of the possibility of danger, today it seems essential to mount some type of system that is capable of neutralizing the presence of some drone in certain protected areas. As you are surely thinking, the celebration of the Winter Olympics They are no exception and the authorities in charge of their organization have already made up their minds in this regard.

The most convenient idea, we suppose in terms of the cost of its implementation and success rate, that the organizers have had is to use drones capable of catching other drones, that is, that idea that on some other occasion we have already exposed by the which will use a very specific drone model equipped with a particular system through which it can launch a network in which any type of drone that can fly through the network's area of ​​influence is trapped.

Going into a little more detail, as has been exposed, apparently these drones will fly at all times at a height between 150 and 200 meters high. How could it be otherwise and to be much clearer about what is happening around them, they, in addition to the aforementioned network, will be equipped with a surveillance camera capable of capturing everything that happens around them, in this way When the controller detects some kind of unidentified object flying near the drone, the drone can capture it.

Normally and despite the fact that there are companies behind this type of development, the truth is that this type of drones they are nothing more than professional drone modifications, faster and with greater range than typical drones from well-known brands such as DJI. They contain a capsule that shoots a net that becomes entangled between the motors of the drone to be captured, thus causing it to stop working and can be recovered by the security forces.