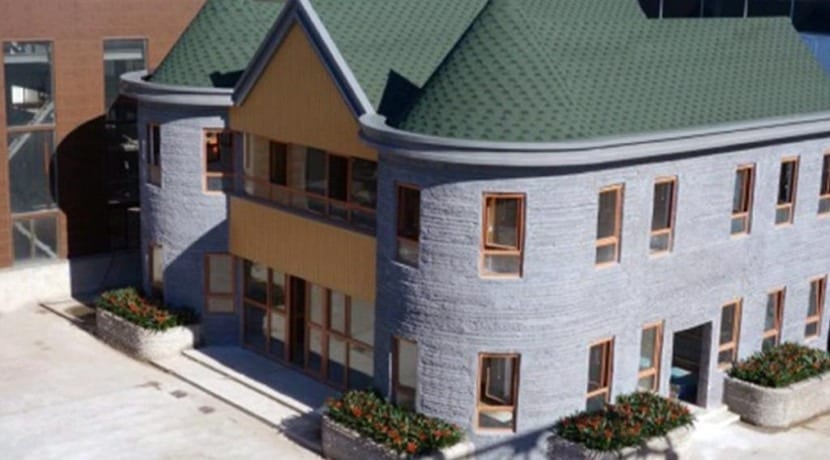 The world of construction and 3D printing is accelerating at an alarming rate. If less than a year ago we heard and we saw block constructions that formed prefabricated houses, now we can see how they are being built or rather, printing, totally normal houses in less than 60 days.

The photo image corresponds to the first house to be printed in 45 days. A house that we find in China and whose designs are similar to those of a normal house, but in this case brick has not been used but 3D printer material.But the most striking thing is not that, since the blocks of houses already offered to have a house without bricks. The most interesting thing is that this house it has been built practically with 3D printers, the hand of man has been almost non-existent and that has been an achievement with respect to previous models of printed houses.

In total the construction occupies about 400 square meters and two floors with a height of 3 meters between the floor of the plant and the ceiling. The thickness of its walls are almost eight feet, a high thickness but if we take into account that they are made of plastic, it is more than necessary for the house to last at least 10 years.

As we have said at the beginning, this house has been built in China and it has been done in 45 days, a very interesting time figure because is less than the current time figures in House Construction. Unfortunately, it will take time to find these buildings in Spain or Europe as this new technology is still being tested. In any case, the test with this house has been satisfactory and that will help more western companies to be encouraged to use 3D printing in Construction Do not you think?