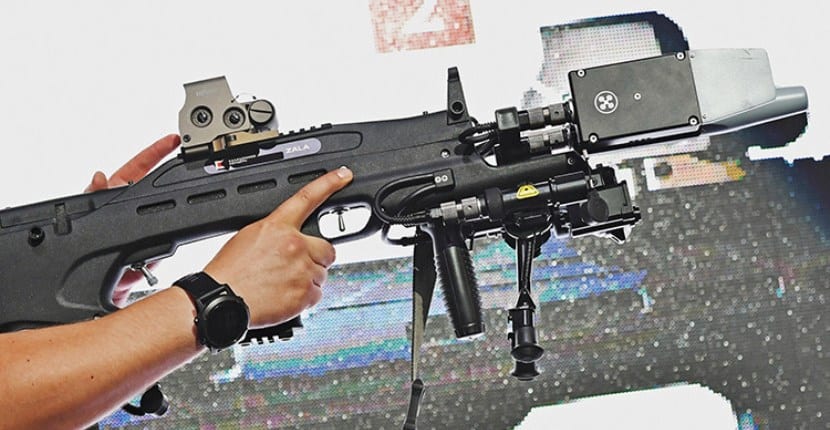 Like many private companies related to the world of high technology that have seen in the drone world, for better or for worse, an opportunity for governments around the world to invest in them, especially when it comes to shooting down drones. There are also companies historically related to the world of weapons that want to show that they can still be a benchmark in this world, as is the case of Kalashnikov.

With this in mind, highlight how the Russian Kalashnikov consortium has presented, taking advantage of the celebration of the international military forum Ármiya 2017 which is being held at the Patriot military park in Kubinka (Moscow) from August 22 to 27, which they themselves have baptized with the name of REX 1, a radio electronic device classified as'not lethal'that can shoot down drones.

This rifle designed and created by Kalashnikov engineers has the objective of being able to combat the unauthorized use of this type of unmanned aerial devices in certain areas where, due to certain restrictions of use, they should not be able to be used. As a detail, just comment that this weapon, due to its rating of 'not lethal'can be used by both security forces and civilians.

Regarding the operation of this specific rifle, comment that the Kalashnikov REX 1 is capable of suppress GSM signals from mobile phones, which should make it easier for the specific drone to be aimed at losing the ability to remain in contact with the controller so, depending on the model and its age, it may mean that it falls to the ground or returns to its operator. In turn, this property (in terms of its military use) should serve to prevent certain people from activating explosive devices that are usually activated by cell phones.

Full path to article: Free hardware » Drones » This is the rifle that Kalashnikov has created to shoot down drones