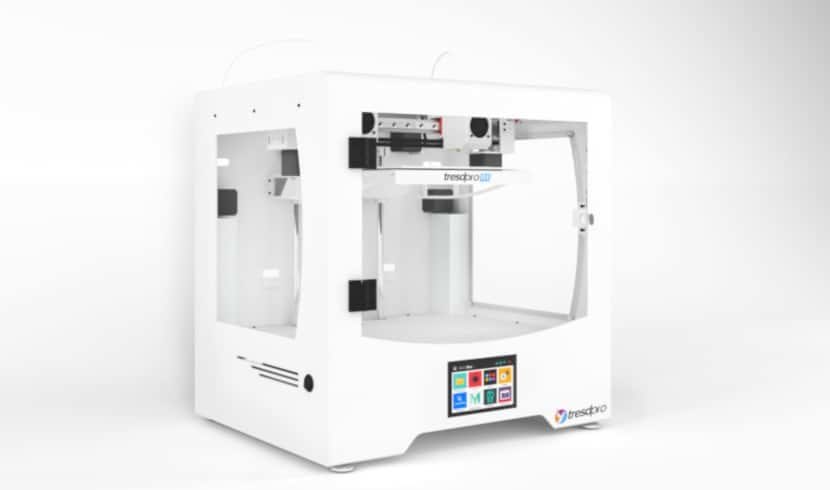 The world of 3D printers has changed a lot in recent years. Since the technology was discovered and arrived on our desks, the existing models of 3D printers used to be limited to three proprietary models and several custom models from the RepRap project or also known as Clone Wars.

That is why it is nice to meet new models of 3D printers like the Tresdpro product, the Tresdpro R1 printer a professional printer that looks like a home printer.

The measurements of the Tresdpro R1 are 22 x 27 x 25 cm. covered with a metal and methacrylate frame that not only keep the heat and temperature stable during printing but also serve as protection for users and avoid noise that can annoy.

The Tresdpro R1 appearance may be familiar due to the 5-inch touch screen that the model has in the central part of a cubic structure, but Tresdpro R1 hardware is not very common among 3D printers either. The Tresdpro R1 has DEM technology, a technology that consists of a double sealed independent extruder that will allow us not only to make a more perfect impression but also to create pieces with various materials and colors. This extruder can use various materials since it admits up to temperatures of 300 degrees. 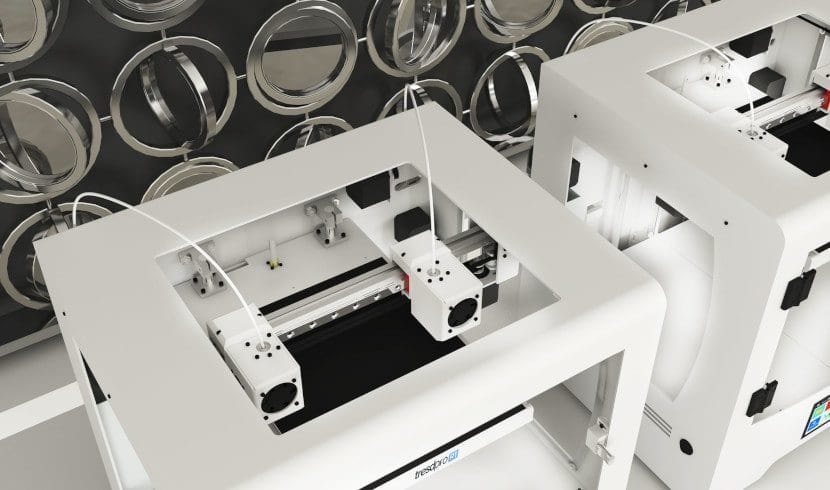 The thickness of the layers created by the extruder will oscillate between 0,3 mm and 1 mm, depending on the size that we mark with the printing software. Which means that the pieces created in addition to having a very good finish, can be very robust and stable.

In the aspect of software, something increasingly present within 3D printers, Tresdpro R1 is not far behind, having quite modern and updated software. In addition to having a touch screen, the user can control the 3D printer using a computer or smartphone. All thanks to the software based on Astrobox Desktop. A software that is managed by a Free Hardware board, a Raspberry Pi 3 B +. The Astrobox Desktop software will allow the use of the mobile as another device, in addition to the classic computer or laptop that always usually accompanies these devices, from which to make models and prints directly.

Raspberry Pi 3 B + is the brain of Tresdpro R1

The cloud and web repositories are another important part of this software. This is an increasingly popular new feature in the 3D printer market and one that few printers offer to their users. This feature enables 3D printing directly from a public repository or a web repository. No need for external hardware, only with the touch screen of the printer itself since Astrobox offers the possibility to connect with popular repositories such as Thingiverse. Wifi communication and through USB drives are also present in this 3D printer, characteristics that have become basic functions and that many printers that we can acquire on the market have already had for months.

The Tresdpro R1 printer is available from your official website. The price of the Tresdpro R1 is 2.499 euros, a high price when you consider the printers that we can build ourselves, but quite reasonable for a professional 3D printer model. Although it is also the price that the first home 3D printers had, so if we really use this technology, the price can be quite reasonable.