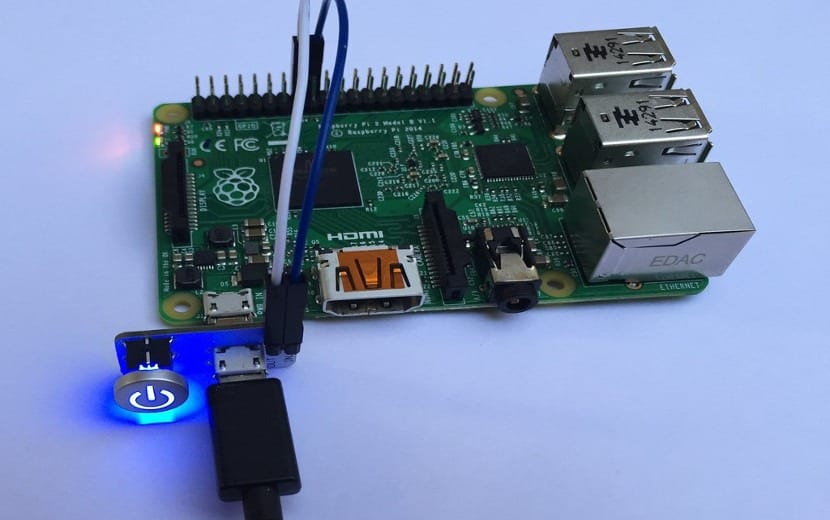 How turn off Raspberry Pi? I know many of you want or are using a Raspberry Pi board as a minicomputer. A great function that the raspberry plate has, although it is not the only function. Despite all this, when we use it like this, many have the uncertainty of how to turn off this hob or how to turn it on since it does not have a shutdown button like a traditional computer or any other gadget that we use.

The truth is that the power button has been the big problem with the board, possibly a bigger problem than the price or the hardware of the board. And this has made there are many methods to turn this curious plate on and off SBC.There are rudimentary methods, which get more than one out of trouble, those methods pass by disconnecting or connecting the power cord. Another method could be use the command «sudo poweroff» or «sudo Shutdown» that will make the plate turn off and in case of turning on, we will only have to disconnect and connect.

Another more harmful method to shut down raspberry Pi is using a charger with an off button. This charger would have a button that will work like the traditional power button on computers, but it is harmful because it deteriorates the board, whether we like it or not.

Related article:
How to control Raspberry Pi with our mobile

The third method goes through build your own shutdown button, something interesting that is becoming easier to create but currently requires prior knowledge to do it. Thus we will only need an electronics button, some cables that connect to the GPIO and a python code to create the shutdown function. The price of this construction is affordable for many but requires prior knowledge to do it. To solve this, many stores have created specific devices that create a physical button that connects to the GPIO and the Raspberry Pi outletThis button is more expensive than the DIY version but it is aimed at novice users.

In short, the Raspberry Pi does not have a physical button to turn the board on or off, but through commands and playing with the charger you can achieve the same results. Also we can build our own button. We go that Raspberry Pi can be adapted to any user without being damaged or without spending large amounts of money.

What method do you use to shut down the Raspberry Pi? Tell us your solution and if you have made a homemade button for this function, show us how you have done it.