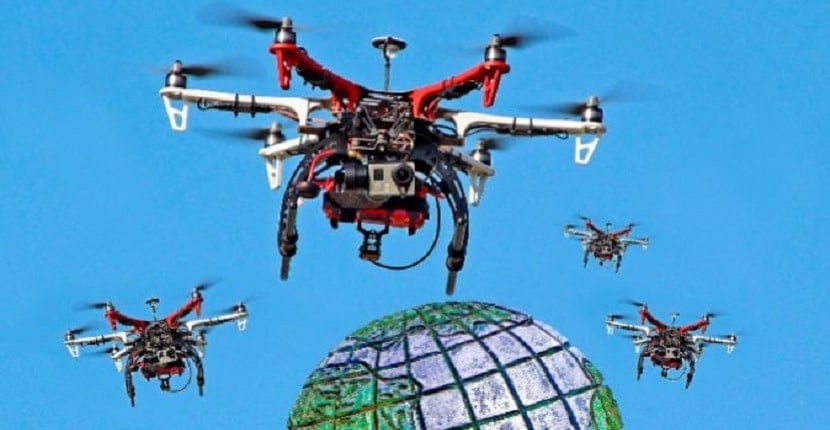 Vodafone has just demonstrated during the Mobile World Congress that today they are available and have the necessary technology to begin to deploy their new 5G network in Spain. Despite this novelty, they have also begun to raise an issue that may concern many leaders, such as the airspace control who use drones, something they promise they can do using their 4G network.

As expected, this proposal has been very well received by certain agencies, so much so that Vodafone has begun to work together with the European Aviation Safety Agency in the realization of a series of tests that will take place in Germany and Spain. As a detail, tell you that to get to this point, Vodafone had to demonstrate the viability of its program in some preliminary tests carried out successfully in Seville last year.

During this preliminary test, Vodafone demonstrated that its 4G network has sufficient capacity to control a drone weighing 2 kilos. The real goal in using this network is to keep track of all devices and security technology available for commercial use as of 2019.

At this point, a fundamental point must be taken into account and that is that this platform it is not designed to track and control private drones, but those of commercial use and that, in addition, are of a larger size. Another important detail is that the network is designed to track drones up to an altitude of 400 meters, an altitude from which it can force a device to descend because it can interfere with the path of commercial aircraft.

Full path to article: Free hardware » Drones » Vodafone shows that its 4G network in Spain can be used to carry out air traffic control for drones