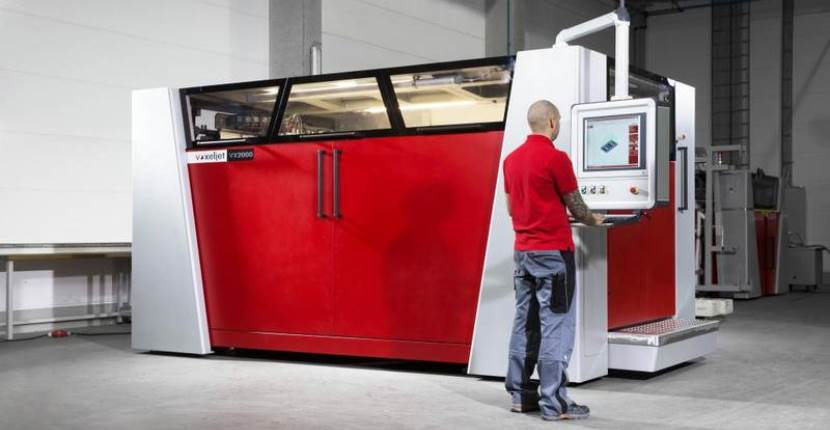 Voxeljet has just launched a press release announcing not only that they have their first commercial 3D printer ready to hit the market, but that they plan to go to the Formnext Trade Fair, which will be held in November 2017 in Frankfurt (Germany) so that anyone interested can see this new machine live.

One of the most interesting characteristics of it is nothing other than the use of a new technology that has been developed by it and implemented, for the first time, in this model. As a preview, I can tell you that we are talking about a new process of high speed sintering With which Voxeljet wants to enter the market through the big door of thermoplastics since this machine has the capacity to manufacture final products.

High speed sintering is based on the same core Voxeljet technology, bonding agent injection. High speed sintering selectively injects infrared absorption ink into layers of plastic powder. In addition to a much higher speed, Voxeljet engineers assure that this machine has certain characteristics and qualities that are very similar to those offered by other types of technologies such as Multi Jet Fusion, selective laser sintering or injection molding.

The subsequent exposure of the layers to infrared light melts powder to directly form functional plastic parts outside the machine. Thanks to this, this machine is capable of manufacturing fully functional and versatile prototypes such as supports, boxes and even other types of functional parts destined for an end use.