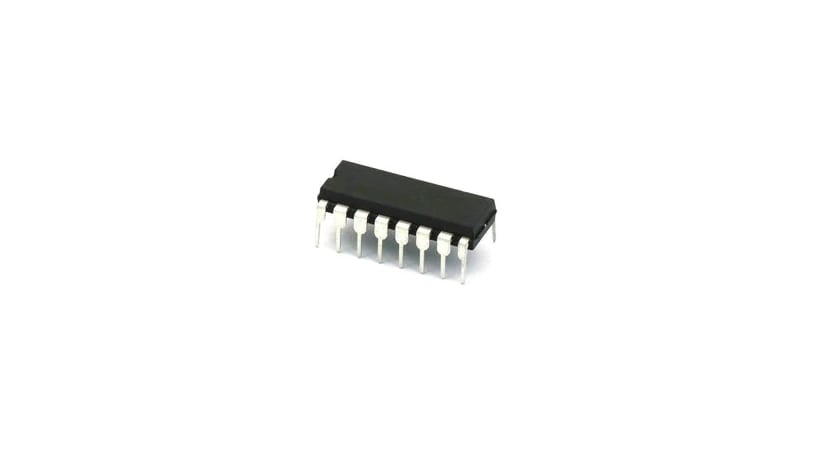 It is likely that in your projects you need to configure the voltage or voltage of the circuit. For example, if you have a 12v output and you need to feed a 6v circuit, you probably need something that can transform them. That element is the voltage divider. A simple circuit that acts in a similar way to how a transformer would, although it is based on very different principles for its operation.

Thus, you should not confuse between transformer and voltage dividerSince one uses windings and induction to transform one voltage into another, and the other is a simple circuit made up of resistors that are capable of dividing the voltage into two smaller voltages. For example, a transformer could convert 12v at its input to 6v at its output, but what a divider would do is transform those 12v from its input into two 6v voltages at its output. You see the difference?

What is a voltage divider?

Un voltage or voltage divider It is a circuit that, as its name indicates, divides the voltage that exists at its input into other smaller voltages at its output. Therefore, it is a key piece to power circuits that need lower voltages than those provided by the power supply, batteries, or socket you have.

Before I have given an example of the 12v that I have divided into two 6v voltages, but the voltage dividers do not always start right at half the input voltage. For example, it could be the case that you have a 9v battery and you need to divide that voltage into 6 and 3v, that it would also be possible, that is, they do not have to be the same ...

Principles on which it is based

As seen in the image, the basic circuit is very simple. You only need a battery or source that would be connected to the ground and to the Vin in the image to power the divider. The voltage divider itself would only be composed of two resistors connected in series. Thus, using the formula that you see in the image, the output voltage that would exist between the ground and Vout would be the result of dividing the value of resistance 2 between the sum of R1 and R2, and then multiplying the result by the voltage of entry.

There are capacitive voltage dividers too, although they are less popular than resistive ones ...

By exampleImagine that you have an input voltage of 20v, with R1 = 1k and R2 = 2k. That would result in the output of our voltage divider being 13v. Of course you can play with the values ​​of the resistors to create the voltage divider you need. Another example, if you only vary R2 so that it is only 0,5k then it would be a 6,6v output. Easy right?

Are there voltage multipliers?

Yes, there are voltage multipliers. In this case it is also a simple circuit that integrates diodes in parallel. That gives the opposite effect, multiplying the input voltage by various factors to get higher voltages. In fact, it is the principle used in the famous inverters of laptops, which get so hot, leaving a hotter area behind the screen ...

Those inverters are nothing more than a circuit with diodes in parallel to multiply the power provided by the laptop battery to power some types of display panels. In each stage, it gains voltage until it reaches the high voltages that are being sought, you could even make a battery of a few volts obtain hundreds or thousands of volts.

How to get a voltage divider

Here two ways to get a voltage divider. On the one hand you can build yourself a divider circuit, since it does not need expensive components and it is quite cheap. But on the other hand, there are also some power supplies that provide several different voltage outputs and ready to be used ...

It is a matter of playing with the resistors and calculating the voltage you need for your project. You can see more details in the section where the principles of this article are explained. By the way, as an idea, I suggest you use a potentiometer like R1, so you will have a variable resistance to get various voltages at the output without having to modify the circuit.

Furthermore, you can also get a line between Vout and Vin's connection point with R1. So you will have the two different voltages that we said at the beginning, along with what gives the terminals between both resistors and GND ...

Very common mistake, when you are using the voltage divider output, if you already have an element coupled, it consumes and has an effect on the voltage. For this reason, if you place another element in parallel with the one that was already coupled, the supplied voltage could drop and it would not be the same as you calculated. So it is only for connecting a single device.

La easier option is to buy directly a power supply that is already implemented with several different voltage outputs, and that also usually include some extras. There are them for cheap prices or some with more functions something more expensive….

Of course you could mount a voltage divider on a breadboard and integrate it with your Arduino projects easily. And it is not only used to divide voltages as we have seen, you can split these dividers by interposing other elements such as pushbuttons or switches so that with the same power supply you can control several devices at the output. For example, a simple divider connected to the board Arduino UNO To read the values ​​from the series

El code for Arduino IDE It would be something like this: