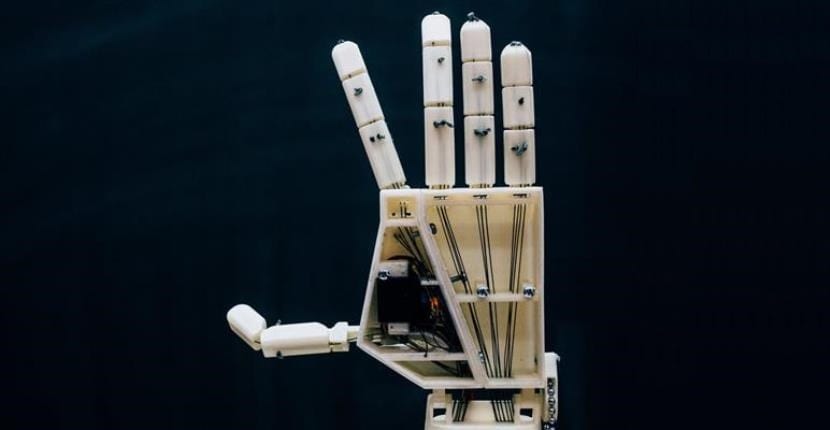 A group of engineers from the University of Antwerp (Belgium) has been working for many months on the development of the hand that you can see in the image located just above these lines. The interesting thing about this project is precisely that this hand, thanks to a very specific software developed for this project, is capable of translate our spoken language into sign language.

Going into a little more detail, as has been revealed by those responsible for the development of the project itself, it has been baptized with the name of 'Lion'. One of the most curious parts of it is that it began to take shape thanks to the work and ideas of a group made up of three engineering students, Stijn Huys, Matthias Goossens and Guy Fierens. As expected, thanks to this interesting idea, the students were awarded the prize for the best thesis, a prize they received directly from the Faculty of Applied Engineering of the University of Antwerp itself.

One of the great proposals of the project is that the architects of it have sought the best way to make it as affordable as possible, hence they have opted to work with technologies such as Print 3D, responsible for shaping the plastic parts while, for the electronic components, it is committed to the use of low-cost common components.

As you can see in the video, at the moment the hand is only able to position the positions of the hand itself so that the letters can be represented. In a second phase of the project the hand is expected to be able to represent whole words for which a second hand is being developed that will soon be incorporated into the project.