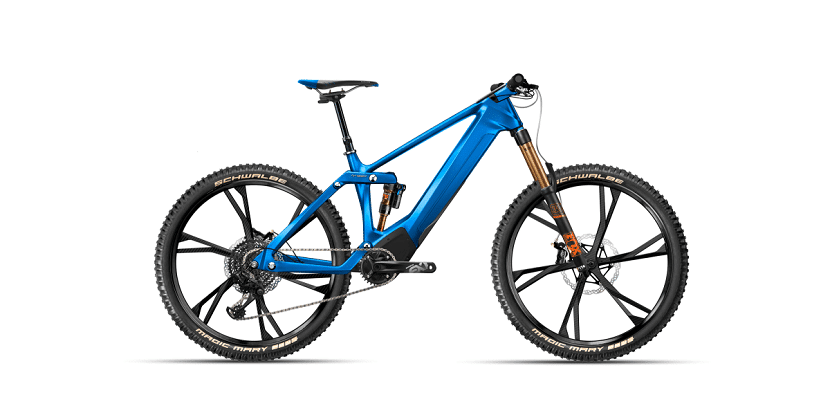 Thanks to a collaboration agreement between none other than the Grupo Volkswagen, well known to everyone in Europe, and the Slovak company Kinazo DesignToday we can talk about the impressive electric bicycle that you see on the screen, a model that is news today, among other things, for having been manufactured entirely using 3D printing technologies.

Among the most interesting features of the Kinazo e1, mention certain details such as something as simple as the engine used to give life to this model, nothing less than an eDrive system that in turn contains different optional variants of Brose engines such as the version pedelec, capable of reaching 25 kilometers per hour or S-pedelec, with the capacity to reach 45 kilometers per hour. These motors are backed by batteries made by BMZ with a capacity of 650 Wh.

Based on the statements made by a spokesperson for Kinazo herself:

We wanted to build something out of this world. An e-bike, a bicycle with a built-in battery and a motor that anyone would fall in love with at first sight. Each figure, weight and style would be customized for the trip the client wishes to take.

To manufacture the electric bicycle that you see on the screen, those responsible for the project have decided to bet on the use of such innovative technologies as metal 3D printing by powder bed. Specifically, the one known as the world's largest 3D printer has been used, that is, the X Line 2000R SLM 3D, which has a maximum manufacturing surface of 800 x 400 x 500 mm.