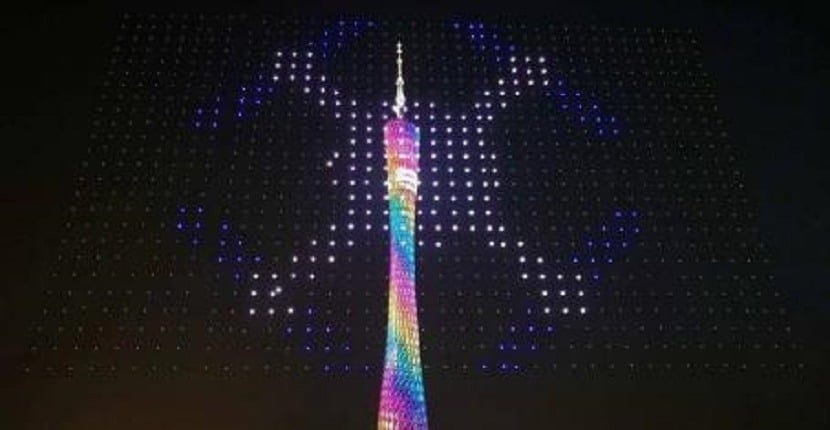 This year Fortune Global Forum has decided to choose the Chinese city of Guangzhou to host its annual congress, which has been held from December 6 to 8 of the same month. How could it be otherwise, one of the city's companies decided to honor the personalities present at the forum with a quite peculiar as well as striking celebration for which they used nothing less than 1.180 drones.

As for the forum itself, hence all those present have been received in this amazing way, tell you that It has been held since 1995 and it is attended by world leaders and heads of the world's largest companies, presidents, CEOs ... to discuss business-related issues and dynamics in terms of international business relations.

However… Why choose Guangzhou city? As usually happens in this type of forum, your attendees usually take advantage of their 'dead hours'to meet with each other and, on this occasion, the city stands out precisely for being one of those that is betting the most worldwide to become the headquarters of intensive programs in terms of capital and technology, as well as high-end projects that have a concentrated impact on the entire industrial network.

To give more information about this meeting, it should be noted that, for now, the rulers of the famous Chinese city have already announced that they intend to make an investment of more than 300 billion RMB, your local currency, which will be allocated to the construction of a '12-hour air traffic circle'. It is expected that the airport industry will continue to emerge as an engine capable of promoting the development of the region's social economy in the future.

Full path to article: Free hardware » Drones » This is the result of using more than 1000 drones to illuminate a city