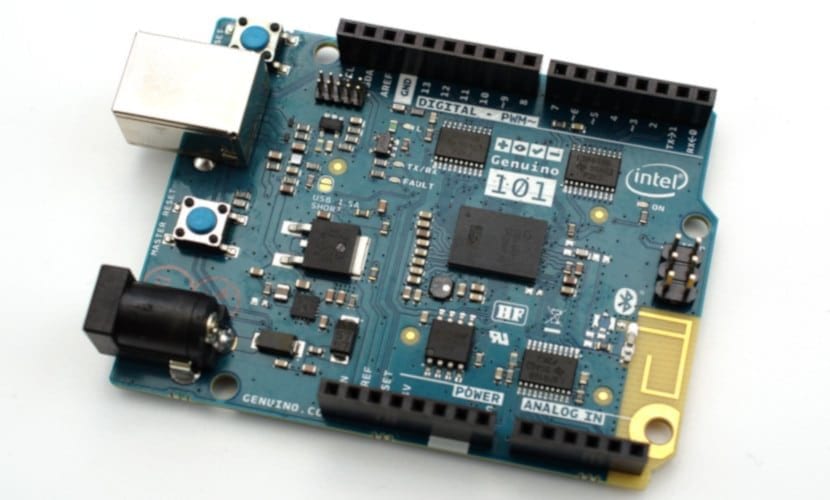 Communications between electronic boards is something that we all need at a certain time for our projects. Hence, projects such as IoT or Internet of Things have arisen to create smart devices. But all of them need a board with a wireless connection such as bluetooth or wireless. Next we tell you what Arduino + Bluetooth is and what possibilities or projects can be done with this technology.

Possibly by now everyone knows bluetooth technology, a wireless technology that allows us to link devices together to send data between them quickly and efficiently no need for a meeting point or a router. This technology is present in many mobile devices, from tablets to accessories such as headphones to elements such as smartphones or desktop computers.

Bluetooth technology as well as wireless connections are important in the Internet of Things, not only because it is a fundamental part but because the variety of devices with Bluetooth makes the network or data mesh between devices more precise and does not depend on so many points of connection. encounter or data nodes. For all this, bluetooth technology is very present in projects with Arduino, IoT and even in the latest Raspberry Pi models.

There are many versions of bluetooth, each one improves on the previous one and all offer the same results but in a faster way and with less energy consumption. Thus, Arduino + Bluetooth is a most used combination in the technological world.

However, currently there is no model of Arduino UNO that contains bluetooth by default and that any user can use this technology by default. This is something that we have to find either through shields or expansion cards or through specialized models based on the Arduino Project.

Recently a new use has been created for devices with Bluetooth technology, this is based in using bluetooth devices as beacons or simple devices that emit a signal every so often. This system of beacons or beacons makes any smart device collect this type of signals and allow geolocation as well as certain information that could only be obtained with technologies such as 3G connection or with a wireless access point.

What Arduino boards have Bluetooth?

As we have said before, not all Arduino boards are bluetooth compatible, rather, not all models have bluetooth built into their board. This is because the technology was not born as free as other technologies and not all Arduino projects needed bluetooth, so it was decided relegate this function to shields or expansion boards that do exist and can be connected to any Arduino board and work the same as if it were implemented on the motherboard. Despite this, there are models with bluetooth. 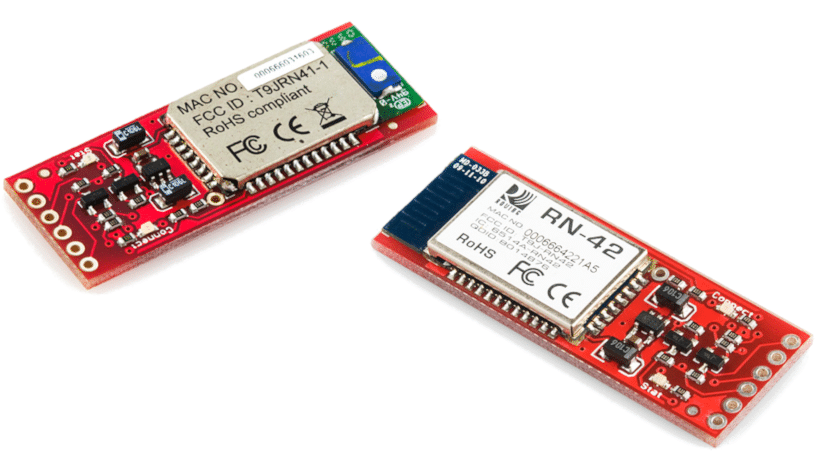 The most popular and recent model it's called Arduino 101. This plate happens to the first Arduino board with bluetooth, called Arduino Bluetooth. To these two plates we must add the BQ Zum Core A non-original Arduino board but based on this project and of Spanish origin. These three boards are based on the Arduino Project and have the ability to communicate via bluetooth. But it is not the only alternative as we have said. There are three other extension plates They add bluetooth function. These extensions They are called Bluetooth Shield, Sparkfun bluetooth Module and SeedStudio bluetooth Shield.

The boards that have Bluetooth in the base design, those mentioned above, are devices that on a base of Arduino UNO a bluetooth module is added that communicates with the rest of the board. Except Arduino 101, a model that changes considerably with respect to other Arduino boards since it has a 32-bit architecture, being more powerful than other models within the Arduino Project. Although in reality, the number of plates is considerably reduced since some model is no longer sold or distributed and we can only achieve it through its artisanal construction, as is the case with Arduino Bluetooth, which we can only achieve through its documentation.

The choice of extensions or Bluetooth shields is very interesting because it allows reuse. That is, we use the board for a certain project that uses bluetooth and then we can reuse the board for another project that does not have bluetooth just by undocking the extension. The negative part of this method is that the extensions make any project significantly more expensive since it is as if you bought two Arduino boards although in essence only one will work.

What can we do with Arduino + Bluetooth?

There are many projects in which we can use an Arduino board but there are fewer that need telecommunications. Since we can currently find any smart device with bluetooth, we can replace any project that needs Internet access with a board with Arduino Bluetooth and send Internet access via bluetooth. We can also create smart speakers thanks to Arduino + Bluetooth boards or create beacons to geographically locate a device. Needless to say accessories such as keyboards, mouse, headphones, microphones, etc ... can be built using this electronic set, since currently any operating system works correctly with bluetooth technology.

In popular repositories like Instructables we can find countless projects that use bluetooth and Arduino and other projects that do not use Arduino + Bluetooth but that can work with it with the pertinent changes.

Wifi or Bluetooth for Arduino?

Wifi or bluetooth? A good question that many will ask themselves, since for many projects what the Wi-Fi connection does, the Bluetooth connection can also do. In general, we would have to talk about the benefits and negative points of both technologies, but in this case, in projects with Arduino, we have to look at a very important element: energy expenditure. On the one hand, you have to look at what energy we have and from there decide if we use Wi-Fi or Bluetooth. In addition, you have to see if we have access to the Internet or an access point, since without that, the wireless connection is not good for much. Something that does not happen with bluetooth, which does not need the Internet, only a device to link to. Given These two elements have to choose if our project will carry Arduino + Wifi or Arduino + Bluetooth.

Personally, I think that any option is good if we have a good power supply and Internet access, but if we don't have it, I would personally opt for Arduino + Bluetooth, which does not need so much technology and the latest specifications save energy and are more efficient to use. And you What technology to use for your projects?