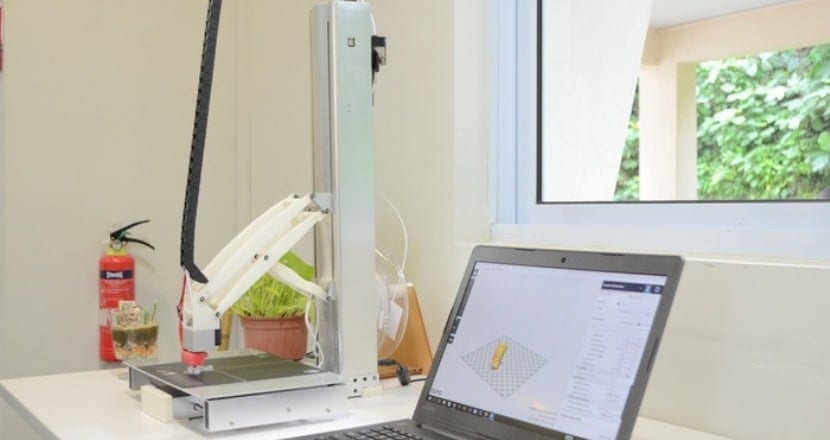 Undoubtedly, the structure of Kappa It will have surprised you, not in vain we are talking about a 3D printer whose architecture is completely different from everything we know to date since, as assured by its designers, it is the only one in the world with a straight-line mechanism to carry out their work. .

Before continuing, tell you that the project is currently seeking funding through the well-known page of Kickstarter to get to market. As a basis for it, it should be noted that for its creation a group of engineers from the National University of Singapore has been working on the project for over a year and a half, which is based on Scott-Russel's linear motion mechanism, a system frequently used in factories related to the automotive and robotics world.

Kappa, an interesting 3D printer that can be yours for just over 200 euros

Going into a little more detail, note that Kappa has been endowed with two arms, one longer than the other, so that the joint movement of both arms corresponds to the X and Y axis. In turn, the entire structure has been made of aluminum so that the heat generated by the motors and the extruder spreads throughout the 3D printer's frame and can act as a kind of heat sink capable of offering the machine greater resistance during its work.

The printing volume that a system like this can offer is 200 x 200 x 200 mm Although perhaps the main advantage of Kappa, according to the team that has been in charge of its development, is that it can be assembled in a very simple way, requiring only 5 minutes and 6 screws to carry out this work.

If you are interested in what this peculiar 3D printer offers, tell you that you can get a unit for just over 200 euros through KickstarterIf you prefer to wait for it to reach the market, the price will rise considerably to touch 250 euros.