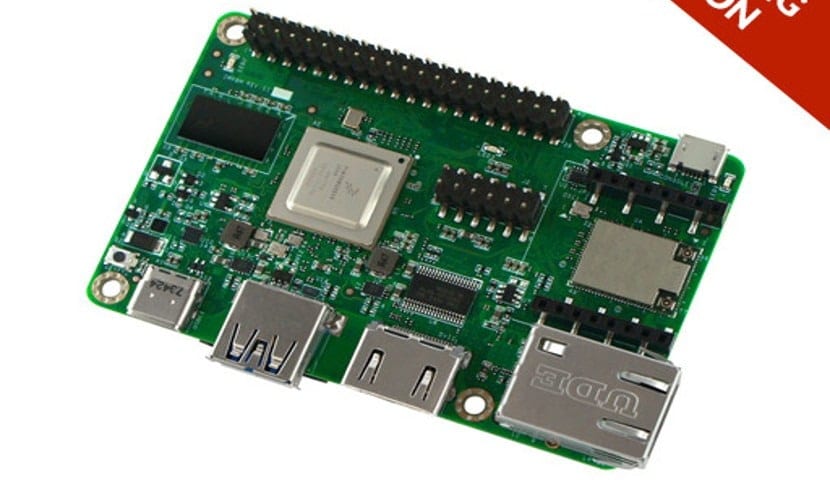 Currently there are many alternatives to Raspberry Pi, some good and some bad, alternatives that for many are within reach and others that are totally outdated and despite the number of alternatives, they continue to create copies and alternatives to the raspberry board.

One of the new alternatives is called Wand Pi 8M, a curious alternative because will not be available until 2018 And it will feature a new Freescale processor or SoC.

The main feature of this SBC board is that it has the new Freescale processor, the i.MX8M, a quad-core processor that has the ARMv8 structure, a structure that will allow us to install any Gnu / Linux distribution for ARM, such as Ubuntu Core or Raspbian.

Device counts with a 40-pin GPIO port, a Vivante GC700Lite GPU, an Ethernet port, several USB ports, a microusb port, and a microhdmi port. Wand Pi 8M has three versions, a basic version, a Pro version and a Deluxe version. These last two versions are more expensive but it also has a wifi and bluetooth module.

Currently, Wand Pi 8M It cannot be purchased but it can be reserved, this plate can be purchased for $ 89 and received in 2018. Regarding storage options, the board has 1 Gb of ram, but this amount is increased in the following versions, going to 2 Gb of ram. The eMMc storage is 4 Gb which is also expanded in the Pro and Deluxe versions.